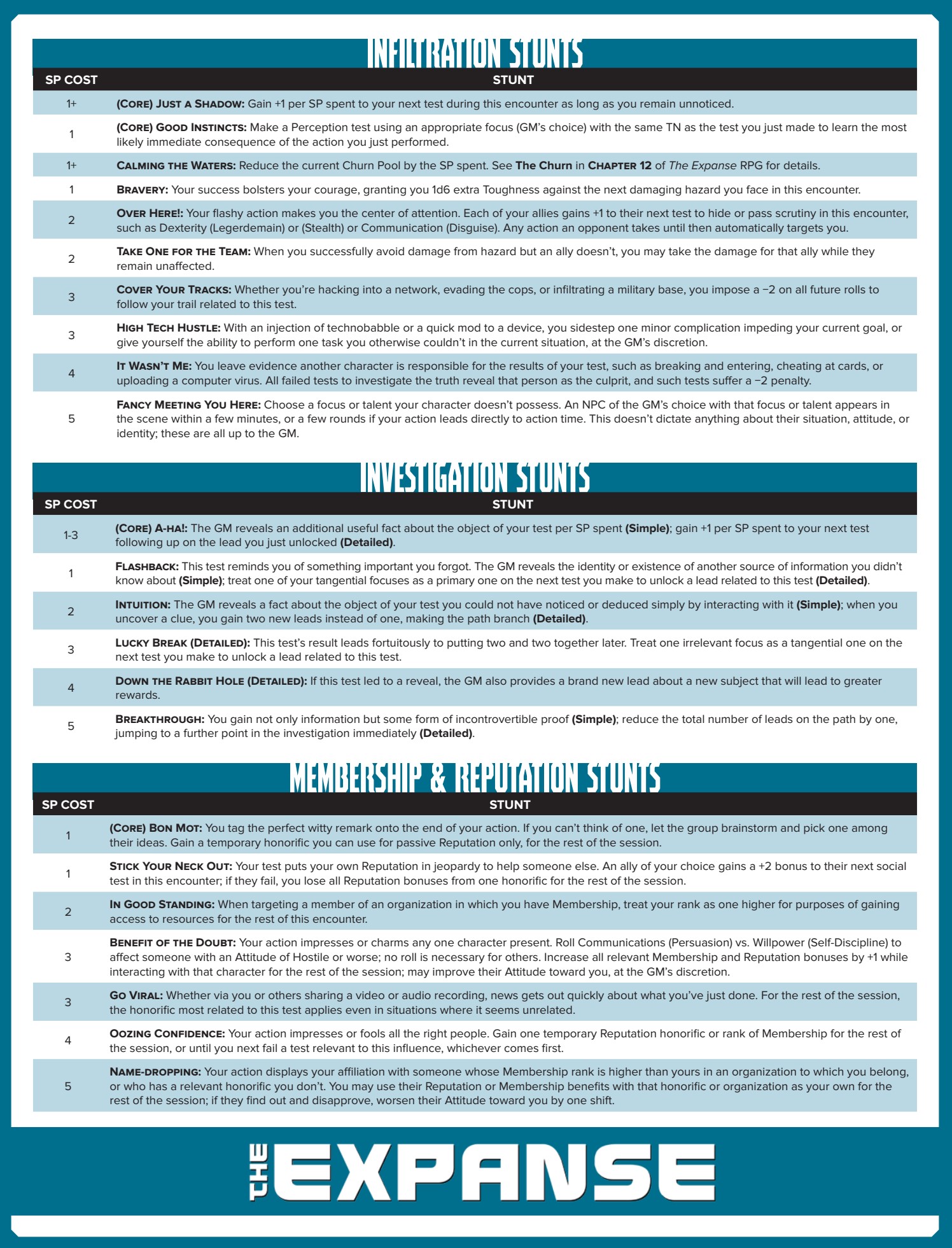 GM Screens can be controversial things. A lot of people don’t consider them necessary, and others think they actively create a boundary between players and GMs that should not exist. On the other hand, lots of GMs want to keep their notes and resources hidden from the eyes of the table. I’ll admit that I’m pro-GM screen, but much of that comes from the concept that when the screen is up, I’m officially running the game. When the screen is down, I’m “off the clock.”

The controversy doesn’t stop at the presence or absence of the GM screen, but extends to the material on the screen. What information is the most important to display to the GM? How often does the GM use that material? What a designer chooses to put on a screen can communicate what they consider important when running the game.

Let’s take a look at multiple screens for the same system, and see what that tells us. I have the D&D Dungeon Master’s Screen Reincarnated screen next to me, as well as Kobold Press’ Midgard 5e screen. Between the two screens, the Kobold Press screen omits damage by level examples, object hit points and armor class, skills and associated abilities, travel pace, services, encounter distance, cover, and lighting rules. In exchange for that information, the Midgard screen adds healing potions, the status rules for the setting, Shadow Corruption, and ley line effects.

While all of the omitted information is likely going to be useful in a D&D campaign, in or out of the Midgard Setting, the Midgard screen is communicating that the setting-specific rules of status, Shadow Corruption, and ley lines are important enough elements to reference regularly, and this communicates to the GM running the game that these things are key aspects of the setting that should have a regular impact.

The Adventures in Middle-earth screen, another system that has it’s basis in the 5e OGL, dispenses with almost all of the 5e rules references seen on the standard D&D Dungeon Master’s Screen, and instead focuses on starting cultural attitudes (which are used for Audience rules), Degeneration (connected to Shadow Weaknesses), Tainted Treasure, Misdeeds, Anguish, Corruption, and Journey rules. All of this communicates that, despite using 5e as its core, the setting-specific rules are important enough to supersede the normal reference tables that even the Midgard screen communicates as important.

All of the Fantasy Flight Games Star Wars roleplaying games have their own screen, but the information presented on them is almost identical. None of them reference the different subsystems that differentiate the systems from one another (Obligation, Duty, or Morality), and may, unintentionally, communicate only a superficial difference between the three games. The GM screens provide the same general summary tables for difficulty levels, suggested symbol spending tables, weapons and gear (with a few variations between games), item qualities, critical charts, and medical and repair procedures.

For a long time, the assumed “bonus” item that came with GM screens was an adventure, and this still happens with some regularity. All three of the Fantasy Flight Star Wars RPGs have included adventures, as does The Expanse RPG. Adventures in Middle-earth also includes an adventure. However, an increasing number of GM screens either do not have additional material, or provide something in addition to, or instead of, an adventure.

Both The Expanse and Star Trek Adventures include player handouts with rules summaries, both for general rules, and for contextually relevant rules (social scenes, starship combat, etc.) that would otherwise require the players to reference sections in the core rulebook.

The Adventures in Middle-earth screen includes individually printed pre-generated characters for the adventure included, which can act as handouts.

There are a growing number of “specialized” screens releasing for some games. As an example, nearly every major adventure release from Wizards of the Coast for Dungeons and Dragons has been accompanied by a specialized screen for that adventure released by Gale Force 9. In these cases, the screens often have maps on them that reference the regions visited by the player characters in the adventure, and may have summarized versions of specialized rules used specifically in that adventure (like the nautical rules that accompanied Ghosts of Saltmarsh). 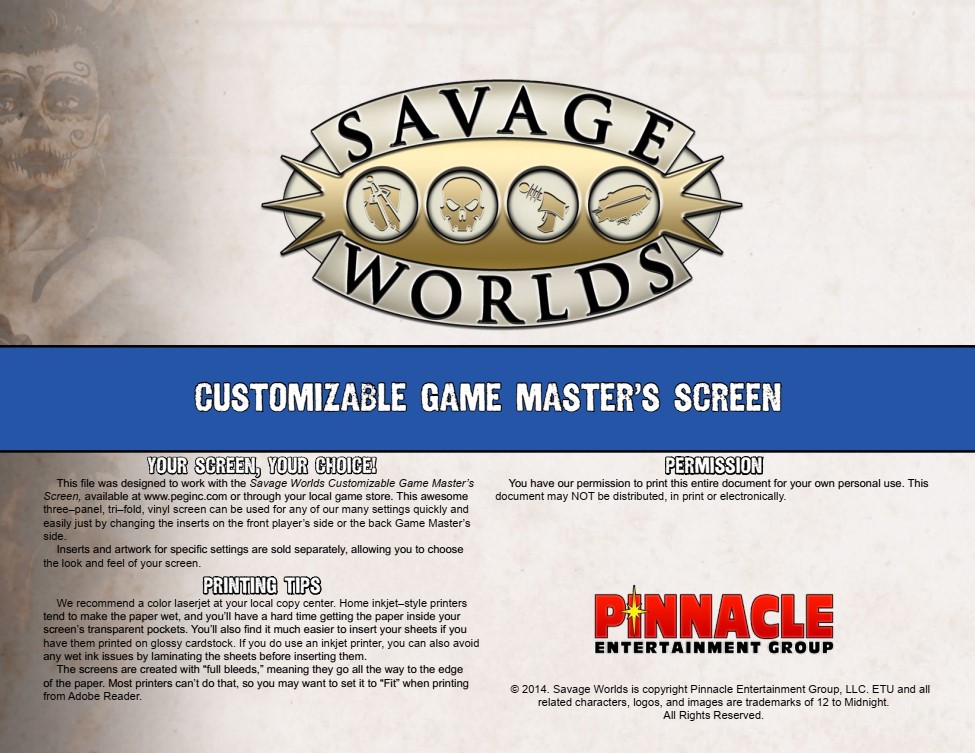 In addition to the variety of traditional screens, there is an increasing number of available inserts for various games, usable in customizable GM screens. Various Savage Worlds settings have been utilizing this approach for years, allowing for many different art inserts for the outside of the screen, and allowing for customized material to be inserted into various internal reference pockets. I own a landscape, a portrait, and even an oddly sized GM screen (whose dimensions I didn’t check before buying) with pockets that can be personalized for various games.

I don’t think GM screens are a must, and even with my “screen up, screen down” table mindset, I don’t use GM screens with Powered by the Apocalypse games, for example, even if I could throw them together with my custom GM screens. This leads me to my thoughts on some of the developments in GM Screens and what they may say about what the gaming community has learned about functionality.

Many GMs and players over the years have talked about how the flow of the game is maintained more effectively without continually referencing the rule book. Summarizing the right rules becomes very important for this, and games like Powered by the Apocalypse games or Forged in the Dark games often have detailed rules handouts that can be referenced during the game, dramatically cutting down on what rules need to be referenced during the game.

Sharing the Love With The Players

In my reviews of both Star Trek Adventures and The Expanse, I noticed that while the rules were very simply expressed, there are situations in both games where having specific game references would be very useful. For example, in Star Trek Adventures, during starship combat, the resolution of tasks is still relatively simple, but there are many structured circumstances that determine the context of what actions can be taken by a character. This is based on the station the character inhabits on the ship. Security officers can only do certain things involving the shields or phasers, and the helm can only do certain things involving maneuvering, for example. The Expanse is based on the AGE game engine from Green Ronin, and that stunt system is very simple to resolve, but the table references for stunt point spends can be cumbersome to look up.

The GM screen for Star Trek Adventures contains player handouts that have the general rules of the game summarized on one side, and the specific rules regarding different starship stations on the flip side of the handouts. The Expanse GM Screen has player handouts that summarize conditions, personal combat, space combat, and the various stunt pool tables. The Conditions and Actions summaries appear on two separate handouts, and the flip side of one of these is an initiative tracker, which means there is one that can circulate among the players, and one that the GM can reference.

I have mentioned in the past that I’m a fan of including a starting adventure in a game, to show what the assumed pacing and structure of a session looks like in the game. Looking at how GM screens have developed, however, I’m not sure that an adventure is always the right pairing for a GM screen. I am a huge fan of useful player handouts to summarize the base rules of the game, and I’m an even bigger fan of the contextual role summaries on the Star Trek Adventures handouts. I’m less excited about including useful additional rules with the GM screen, as I feel that those rules either belong in the core rulebook, or in an appropriate supplement.

When playing in a Numenera game at Gamehole Con this year, all of us had access to a rules summary playmat, and while I’m not sure that GM screens are needed for every game, I do think that a GM summary playmat would be a great addition to the materials available to GMs. These playmats and reference sheets don’t need to be physical products. In many cases, having a clearly laid out PDF that can be printed is just as useful as a professionally produced physical playmat (and some of us love our laminators).

Lowering the Shields
I may not need a GM screen for every game I intend to run, but I do want some kind of “at the table” facilitation kit to help guide the game
Share47
Tweet10
Reddit1
Email

Looking at how GM screens have progressed over the years, I’m not sure that the reference tables were always the main point of screens in the beginning. I think the physical barrier could be seen as the primary purpose, but adding reference tables seemed like a logical addition to the functionality of the screens. I think we have reached a time where the charts point towards what the hobby may need more than the screen, more reference material at the table, facilitating smooth play with relevant references, easily at hand.

In the future, I may not need a GM screen for every game I intend to run (even if I have a habit of reflexively picking them up when they are available), but I do want some kind of “at the table” facilitation kit to help guide the game, cutting down on page flipping. And while looking at tools to add to a GM kit for running the game, why not make safety tools a part of that kit as well?

What have been your favorite GM screens/GM kits for games that you have purchased? What kind of tools for facilitating play at the table would you like to see become a standard part of games? We would love to hear your opinion below, and we’ll look forward to reading your responses!