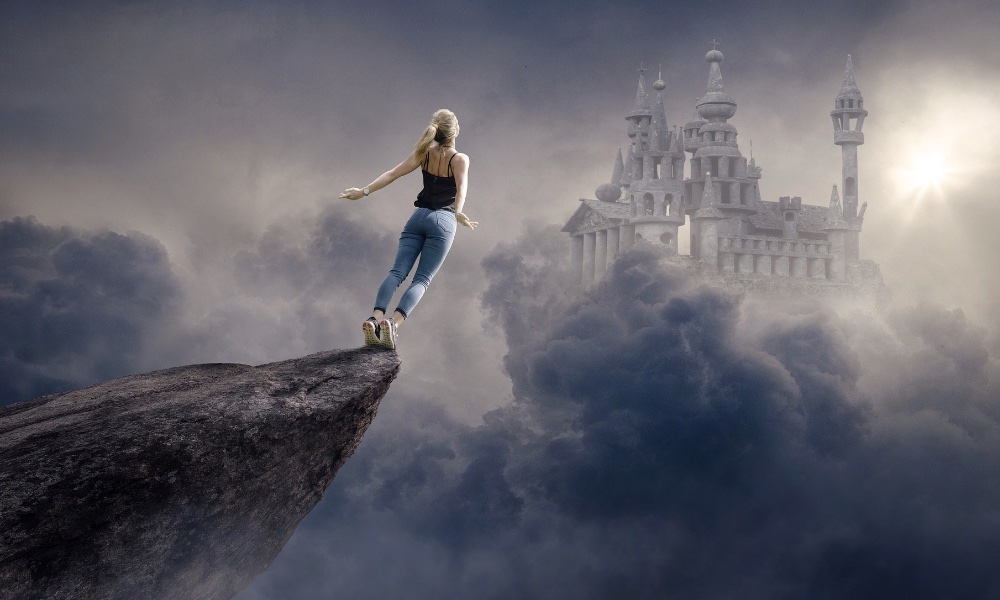 If you’re a player in your RPG group, but also have the ability to run a game, I suggest you be prepared to run a game at the drop of a hat. Your current GM can suffer from burn-out, overload from Real Life, work stresses, or just might run out of ideas as to what to do next with the game.

The current GM can drop out quickly, sometimes with little or no notice. I’ve done it. I’ve seen it happen many times throughout my RPG career. If you know the GM well enough, you might be able to read the signs. This can allow you to get your ideas together in a cohesive manner. However, it’s always a good idea to have a game in your back pocket for those times when you need it.

Let your current GM know that you’re ready to run a game if and when the need arises.

I highly recommend that you let your current GM know that you’re ready to run a game if and when the need arises. Don’t pressure them into stepping aside. Just let them know that you’re there as a “safety net” when the time comes to move on to the next game. If the GM can’t (or won’t) give you ample notice, don’t guilt them. I’m assuming that since you’re spending your gaming hours with them that you’re at least on friendly terms, if not outright friends. Laying a guilt trip on a friend is not cool.

They don’t even have to have a reason for wanting to quit. If they don’t want to run the current game anymore, let them gracefully step aside to make room for the next game. However, I do feel it is a healthy conversation to have (perhaps one-on-one, instead of in the group setting) to determine why they want to stop the game. There might be some recurring reasons that will come up again, and if you can work with the GM and the group to mitigate or eliminate those reasons, then future games will have a greater chance for success.

One-shots allow you to bring to the table the Next Great Game.

You don’t have to have a full-blown, multi-year campaign in your hands to take over gaming. Even running a series of one-shots will suffice. This might buy another person the time they need to cobble together a good campaign starter. It might be that your current GM just needs a few weeks to get their life back into a sane state, so having some one-shots handy can be highly beneficial.

The upside of one-shots is that they can allow you to bring to the table the Next Great Game that you’ve been itching to play. Perhaps it’ll give the group a few tasters if you run different one-shots in different systems. One-shots can be great palette cleansers before leaping into an extensive set of sessions in a system.

Â Shorter story arcs are the balance between one-shots and all-out campaigns.Â

The balance between one-shots and full-blown campaigns are shorter story arcs. Perhaps running a small set of adventures that link together can be exactly what your group needs. Some one-shot adventures have following stories that can be told, so there is some gold that can be mined there. If you’re running a more popular gaming system, then a quick stop by your favorite RPG PDF store might be called for. You can see what others have created that might work well in this area.

You can also run a short pre-published adventure and use that as a launch pad for further stories with those same characters. I’ve done that many times before, and those create some memorable stories that we’ve all participated in at the table.

Even running a few chained encounters could be an idea to take on. In this case, some random encounter/story tables can come in handy. Instead of just throwing a series of monsters at the party, you can use some randomization to generate a seed or two of an idea. Then allow those seeds to blossom into a storyline. As an example, don’t just throw a griffin or manticore at the group while they travel. Dig deeper and apply a story hook the players can grasp onto as to why the creature was risking attacking adventurers on the roadside.

Of course, the penultimate goal of most GMs is to run that awesome campaign full of layers, story arcs, character arcs, and ultimate PC goals that the players will talk about for decades to come. This is easier said than done, but if you can noodle on your campaign concepts between games just in case the current GM drops out, you’ll be in great shape for running a game.

Â There is no shortage of campaign ideas already written for you.Â

In this day and age of small publishing, indie publishing, and self publishing, there is no shortage of campaign ideas already written for you to run with. Picking up a book at your FLGS or a PDF at your online venue can save the group’s bacon when it comes time for an emergency Session Zero.

You don’t have to know the entire campaign structure (whether published or self-created) at the outset. You just need to know enough to guide the players through a proper Session Zero for their character creation efforts, and also have about two sessions of material ready to run with. You can read ahead of the group’s progress once things get moving.

Being a supportive member of your group means being a bit like a good Boy Scout: Be Prepared. That preparedness can alleviate stress on the current GM and can put the rest of the group at ease as they’ll know there will be a game next week, even if tonight’s session ends in an infamous total party kill.