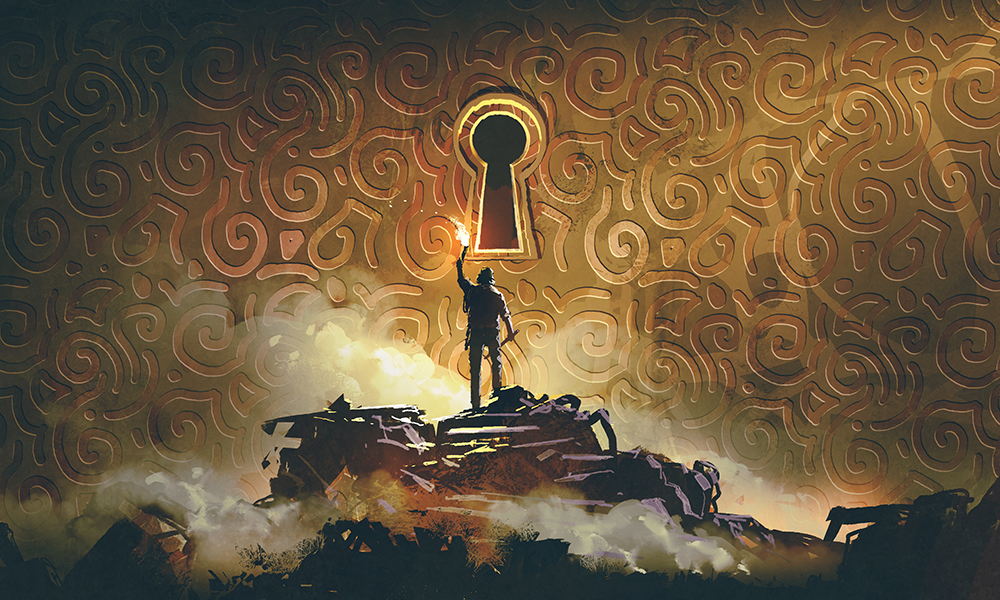 The key to being a good player isn’t that hard…

We here at Gnome Stew have written a great number of words offering advice and guidance for game masters, but advice directly to players is a bit more of a byproduct of our articles. Even beyond our site, it is relatively easy to find advice for GMs, especially when almost every published game has a section explaining how to run it, some better than others. But when it comes to explaining to players how to play the game, the focus is usually on the mechanics rather than some of the softer, more nuanced aspects of being a good player.

So, let’s talk about some ways to be a better player. Now, I am not a perfect player and some of my articles have even talked about my own foibles as a player, but I can talk about the types of things that myself and other GMs look forward to in the players that sit down at our table.

Play the Game at the Table

First up, play the game being brought to the table by the GM. This seems like it should be a no brainer, but Gnome Stew’s archives are full of advice to GMs on how to handle the game when the players are playing a completely different game. Whether they’re ignoring plot hooks or not respecting the tone of the game or just not engaging with the other characters or NPCs, it can be incredibly frustrating to have players ignore what the GM and other players are bringing to the table.

When you take a seat in a game, you need to acknowledge that roleplaying games are a cooperative affair and your willing participation is as important as the GM’s efforts to include and engage everyone at the table.

Buy into the Game

For example, if the GM and group have discussed playing in a dark, urban fantasy campaign, making a goofy, nature loving hippie druid who hates the city is unlikely to be fun for either you or the GM no matter how much you wanted to play a druid. Right there, the tone of the game has been ignored as well as the setting.

For one shots and con games, you may not be making the character you’ll be playing, but many of the same concepts still apply. You chose to take a seat the table, so at least try and play the game the GM is bringing to the table. While I know there’s a wide range of quality in the GMs that run games at cons, you should at least give the GM the benefit of the doubt and try and play the game they’ve prepared. Many of my ‘bad player at a con’ stories are players who were screwing with the game just because they thought they could.

Take the Plot Bait on the Hook

When the GM dangles a plot hook in front of you and the other players, try and take the bait and engage with it. Now, I’m not saying you have to bend over backwards to let yourself be railroaded into the plot, because there are definitely times where GMs don’t create an engaging enough hook to draw the players’ attention, but more than likely, the GM has put a plot hook in front of you because they have prepared content around that hook. Most GMs are incredibly accommodating at letting players take their own path through a game, but even the best will get frustrated if the players refuse to engage with the plot that’s been brought to the table.

Find reasons for your character to care about the game world. In addition to taking the plot hook bait that the GM is putting out there, it also means engaging with the world and the NPCs, and especially engaging with the other PCs. While a lone wolf concept might seem like a fun idea, they are the bane of almost every GM out there. We love the players that know how to get their characters involved in the world around them and connect with the characters of the other players at the table. They help make the game easier to run and more interesting.

It takes a fair amount of effort to GM. There is the comfort level of rules mastery that a GM needs to run a game, the prep time to put the game together, and then the mental energy to put yourself in the GM’s seat in the first place. These things vary from GM to GM, but even the most confident, light prep GM still is putting effort to bring that game to the table. Give them the benefit of the doubt that they are trying to bring something fun and entertaining to their players.

Now, as a caveat to all of this, you do not have to put up with a bad game just because someone put the effort into bringing it to the table. Your intention should be to do all of these things when you sit down to play, but you have no obligation to sit through or continue a game that is just not good. When a GM has proven they’re not really putting the effort in or they’re doing things that are making the game not fun for the players, it’s okay to leave. If they’re a friend, maybe you should try and work on the issues with some constructive criticism, but ultimately one of the worst things you could do is to continue playing a game you’re not enjoying.

Good players are a treasure that GMs love to have in their game. What I’ve discussed above is just one aspect of what you can do to be a better player, so I hope to bring some other aspects in future articles. What are your thoughts? How do you engage with the game that the GM is bringing to the table?

1 Response to Be a Better Player: Play the Game at the Table