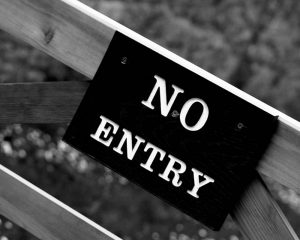 When I first started gaming, not quite at the dawn of time but definitely a ways back, I was in awe of Game Masters. Whether they were good or not was beside the point, they were the masters of the game. They knew the rules backwards and forwards, brought the world to life, and kept all the wacky, fickle players in line following some semblance of plot. Theirs was an arcane and incomprehensible job that I never thought I would ever be worthy of even attempting. As far as I was concerned, that was impossible. No way in hell was I GM material.

Obviously, something changed between then and now, but it wasn’t necessarily an easy or a quick shift. For me, it took the persistent but gentle(ish) prodding of a particular gaming friend along with a growing understanding of what I liked in a game and might translate into enjoyment for other players. Every player to GM transition is going to be as unique as the people involved, but that sense of insurmountable barrierÂ between player and GM is unfortunately common. Many players have told me they couldn’t possibly run while new GMs mention how hard it was to take those first steps in running a game of their own. Maybe some people fall into it easily, either out of necessity or desire, but it’s not as easy for the rest of us.

Beyond the confidence needed to run, there are the rules and the prep. Race statistics, attribute distribution, initiative order, encounter creation, monster abilities, combat resolution, damage and death, equipment stats, and so on. Even when you see the GM pick up the rulebook to look something up, it still feels like they know the rules better than you ever will. Phil recently wrote a great article on how to approach a game system for the first time, but if it’s your first time ever GMing, it’s a little scarier. I started playing with AD&D and Champions, so I was completely intimidated. Maybe I could get a handle on the character creation rules, but the rest was an overwhelming mountain of data I felt I HAD to know before I could run a game.

So how do you get past that barrier to entry between player and GM?

Simply put, it takes time and determination. For me, I had been playing long enough that I’d played with some really good GMs, but I’d also played with some really awful ones. Those awful ones eventually start to make you wonder whether or not you could do a better job. How could I complain about poor GMing if I had never even tried to run a game of my own? There’s also the push that comes from wanting to play a certain type of game. A married couple I know both really enjoy military games and Cthulhu games, but their fix on those games at conventions. Eventually they said to heck with it and dove into GMing side of the pool. Now they both run the games they love at various conventions.

Ultimately, it can only hurt so much to give it a try. Find a game you like,Â gather together some gaming friends you trust, and run it. You can read all the GMing advice out there, but you won’tÂ truly learn how to be a GM until you just do it.

If you’ve been running games for a while, it’s easy to forget how hard those first, tentative steps into GMing can be. Consider taking some time to encourage and nurture the potential GMs among your players. Unless you’ve got a bit of an arrogance problem, your players learning what it takes to run a game can only help you. Gaining an understanding of what it takes to actually prep and run a game will create a new appreciation for all the work that you do. You’ll also be cultivating additional GMs in your group to help alleviate burnout and give you the chance to relax and play on occasion.

Whether you’re nudging the newbie GM into action, offering guidance on the best game for them to run, or providing feedback and constructive criticism on how to improve their games, you’re a vital resource in helping create the next wave of GMs.

There’s no one perfect or correct path for becoming a GM, but I know it was the support and encouragement of the GMs around me that lead me to where I am today. Hopefully I can pay it forward with a nudge or two of my own towards the next generation of GMs.

4 Responses to Barrier to EntryÂ