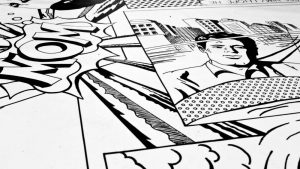 Marvel comics didn’t invent continuity, but they certainly perfected it. From the early 1960’s through the 1990’s, every Marvel story built on every previous one in Byzantine complexity.

Many of us long to craft those kinds of campaigns. However, reality often encroaches on our world-building plans. People get busy, go back to school, get addicted to “Matlock”, etc… In this article, we’ll look at four approaches to continuity, and their advantages and challenges. Hopefully it will provide some alternatives for building your campaign in a busy world.

This type of campaign follows one set of characters through a single, long term story. It’s like a long running TV show such as “The Walking Dead” or “Game of Thrones.” What has gone before matters. It provides players with a rich secondary world where their characters can improve and even form friendships. I suspect it is the kind of gaming most players want.

These campaigns do require both players and gamemasters (GM’s) to keep track of all that history. At some point it may become a bit bloated. I know I tend to forget some of the details after a while. There is the danger of boredom with playing the same characters for a long time. It can sometimes be difficult for new players to integrate into the group, especially when discussions of past glories occur. Perhaps most significantly, these types of campaigns can be difficult to maintain with adult schedules. Expect cancelled sessions because not enough people can make it.

CONTINUITY WITH SIDE QUESTS

This may be a way to have your cake and eat it too. In this approach, players can go on side quests with their regular characters on low attendance nights. The main campaign goes on when you have a (somewhat) full complement. The side adventures take place at some time before or after the main continuity.

CONTINUITY WITH A BACK-UP GAME

This approaches uses side quests, but with completely different characters. It may even take place in a different genre. These can be a nice change of pace for both players and GM’s, and there is little chance of overlap with events in the main storyline.

This approach may not work for all players involved. Some may not want to play in the back-up genre. Some may find they like the back-up game more! As with everything, good player/GM communication is key. Even if folks don’t like a particular genre, they may be willing to give it a go if you explain that it is only for one session. There is one additional burden for the GM: you’ll have to have your back-up adventures prepared in advance since you may not know when you’ll need them.

LOOSE OR NO CONTINUITY

In this option, each session is a stand-alone adventure, though your players may use continuing characters. This approach borrows from episodic TV, and is used in some organized play societies. It works well for groups that can only meet sporadically, or that have different players from session to session. Plus you don’t have to keep track of the history.

This format does not really support epic-style campaigns. You might include some recurring villains to get more of an epic feel to the campaign. You could even have a finale where they get to face the villain, like the concluding episodes of some TV series. Also, you will need to be more flexible with the order of your encounters. Sometimes players may take longer than you thought with some early encounters: you’ll have to scrap a few scenes to get them to the finale. Other times they’ll rush to the planned concluding scene and you’ll have to retool your encounters to fill out the session. Neither of these situations are insurmountable, and both have happened to me more than once.

Your continuity choice doesn’t have to be a permanent one. You can run a Strong Continuity game, and have occasional side quests or alternative genre sessions ready for low attendance evenings. You may find that your Loose Continuity game is really working and you can start incorporating more continuing, epic adventures. If everyone is enjoying most sessions, you’re probably on a good path.

What approach do you take to continuity? What other approaches are there? Let us know below.

9 Responses to APPROACHES TO CONTINUITY