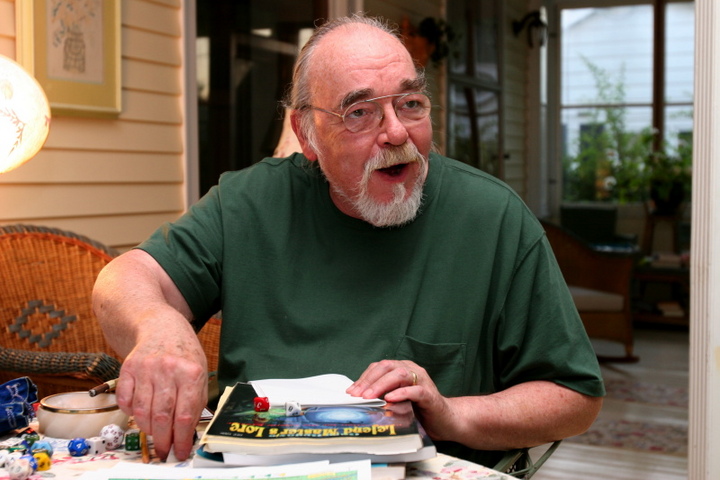 Back in November 2019 I attended Kamcon, a budding convention in Canada in its second year of conception.

While there I did one of my workshop panels, where I talked about messing with your players and how to secretly manipulate the pacing of the game to a science but that’s not what this article is about. While I was there I was able to play several games I haven’t had the chance to, well, play as I spend a large amount of time GMing instead. It can be hard when you’re GMing constantly, exclusively for systems that mostly only other people want to play. Despite tabletops supposedly being in a new golden age, with new games coming out left and right with more players than ever before, for the majority it kind of only boils down to people wanting to play Dungeons & Dragons 5e.

I’m not saying that that’s a bad thing, but despite having just under 50 differing systems I own and am capable of running, I’m constantly being asked to run 5e. It took several weeks alone to open up my current players to even giving Fantasy AGE a shot.

Either way, I was able to sit down and play Savage worlds and likely had one of the greatest player sessions in my entire life. Admittedly when I sat down at the Savage Worlds table I had my reservations; as someone that’s been gaming for the last 11 or so years, right before the Critical Rolepocalypse, I was used to often being one of the only women at the table. In those years, it was a world dominated by older men that would talk over you, get their fingers coated in Cheetos dust, and then go on to describe their character’s bathing habits in excruciating detail.

When I sat down at the table, surrounded by those exact people I’ve dealt with all those years ago, the stereotypes and concerns were at the front of my mind. I was fairly ready to want to run back to my group of 20-30 somethings with horror stories. For that, I’m deeply sorry. 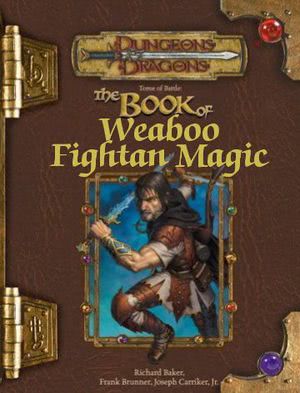 This was my bible

The moment I sat down, my ears were immediately flooded with talk of Pathfinder 2, which turned to Pathfinder 1, then went into AD&D 2e and finally D&D 3.5e. I was quick to join in and suddenly the table was chattering on using jargon and references I haven’t heard in nearly a decade. Nods and references and grins and smiles accompanied “Vow of Poverty monk?” “No, it’s the chimera druid. HYDRAS man” “I miss reserve magic” “guys, guys, CHICKENMANCERS.” In moments I’ve felt more at home, more with my people, than I have in many many years.

I’m in several 5e circles. While it can be fun, I tend to hear the same stories and get a solid idea of what a character is like as soon as I hear a race and class. In 5e there’s honestly only so much variance and even the Warlock–whom of which is regularly praised for its breadth of character options–only has so many possibilities. Running back to the 3.5 days held a world of… esoterica of a certain kind. Through a spot of content split between sourcebooks and hundreds of Dragon Magazines, 3.5 held nearly 27 base classes and I want to say 70-130 prestige classes(don’t quote me on this); back in those days, prestige classes were near required due to the design flaw of ’empty levels’ which you could level up and gain absolutely nothing. In those days you couldn’t stop at class and race to describe your character, but had to go through what they could do completely, often going through the long list of saying you were a “Human Stalwart-Battle Sorcerer 5/Abjurant Champion 5/Swiftblade 10.”

Through all the highly specific jargon going on, I felt air rush into and fill my lungs. It was thick, musty, and I could swear it was the same air as when I first opened that used 3.5 Player’s Handbook.

“These were my people,” I realized.

We were going to be playing Savage Worlds that session. Despite only having 4-hours we had to use 1 for character creation. Admittedly I didn’t think we’d get through all too much that night. I played this one character, Kitty Kat(herine), a mediocre bar singer in the roaring 1920’s who was hiding she was secretly Sandra Dee, a country bumpkin from Alabama, who was also secretly Katyusha, an intelligence agent for Russia. We worked for The Duster, an underground boxing ring and bar during prohibition times. When we started playing I was ready for a fairly standard session.

How wrong I was.

You see I’m very used to players wanting to get in on the action at every turn, often leaping in logic as to why they’re at each and every scene. It tends to clog up scenes. But that wasn’t the case here. When we had to pick up Jenny, a bar singer that hadn’t shown up to work in a week, three members of the crew sat back, having no reason to be at the door. One kept a lookout, but the other two just hung out by the car, completely at ease. It allowed the scene with the bodyguard and I to go incredibly fast. We moved onto the next scene where I sat out of it, then the next where two others sat out. Through the other player’s experience, they wanted to act in line with their characters first and foremost, even if they didn’t get any action.

Others in my own circles don’t understand why I don’t clamor to be everywhere. For me, I’ve played a lot and will for decades to come; I’m in no rush. I knew, deep inside, that the members of my party felt the exact same way.

We ended up rescuing a girl from an abusive relationship, killed the guy that did it, recruited a seedy boxer to stage a fight, dealt with the scene leading up to the major fight, watched as a riot broke out, then handled a wild car-chase scene through the streets of 1920’s Atlanta.

While Savage Worlds is known for being a particularly fast-paced system, this was a speed I hadn’t really expressed before. For me, it had to be in part due to the players, in part in their ability to race forward on strong character-driven actions, but also in their patience to know when to sit out. Through this, it allowed those in those scenes to really shine and have their own epic moments.

It’s been a while since I’ve really felt the degree of synergy I had with others as I did with this party. While I have many similarities with people in my various ttrpg circles, I’ve always felt… a bit removed and distant. I’ve always attributed it to the types of systems we were into, or the difference of experience. I’ve GM’d every week of my life since I’ve started and there was even a period of time where every single day of Summer had a tabletop waiting for me. While I’ve been able to avoid burnout, I was scared I’d become jaded in that time compared to the newly hatched chicks telling me about their 5e characters.

Yet here I was, with this group of 40-something guys having the time of my life.

Despite being a caricature of diversity as an lgbt filipino/chinese immigrant woman, I started to wonder if, somewhere deep inside, I was secretly just like everyone else at the table.

Would I have had a blast, rocking it with Gary Gygax in the Tomb of Horrors?

Did I secretly have the soul of an older man, born twenty, maybe thirty, years too late?