A Task in Need of a Tool

Back in March, I was in a position I didn’t expect to be in. I was doing a lot of pre-work to have actual play and live streams of my new version of Iron Edda live for when the Kickstarter launched in July. (It’s live now, go check it out [1]!) I’d run online games before, but there’s a set of play components that all of the players, and the GM need to interact with. Specifically, the holdfast map. 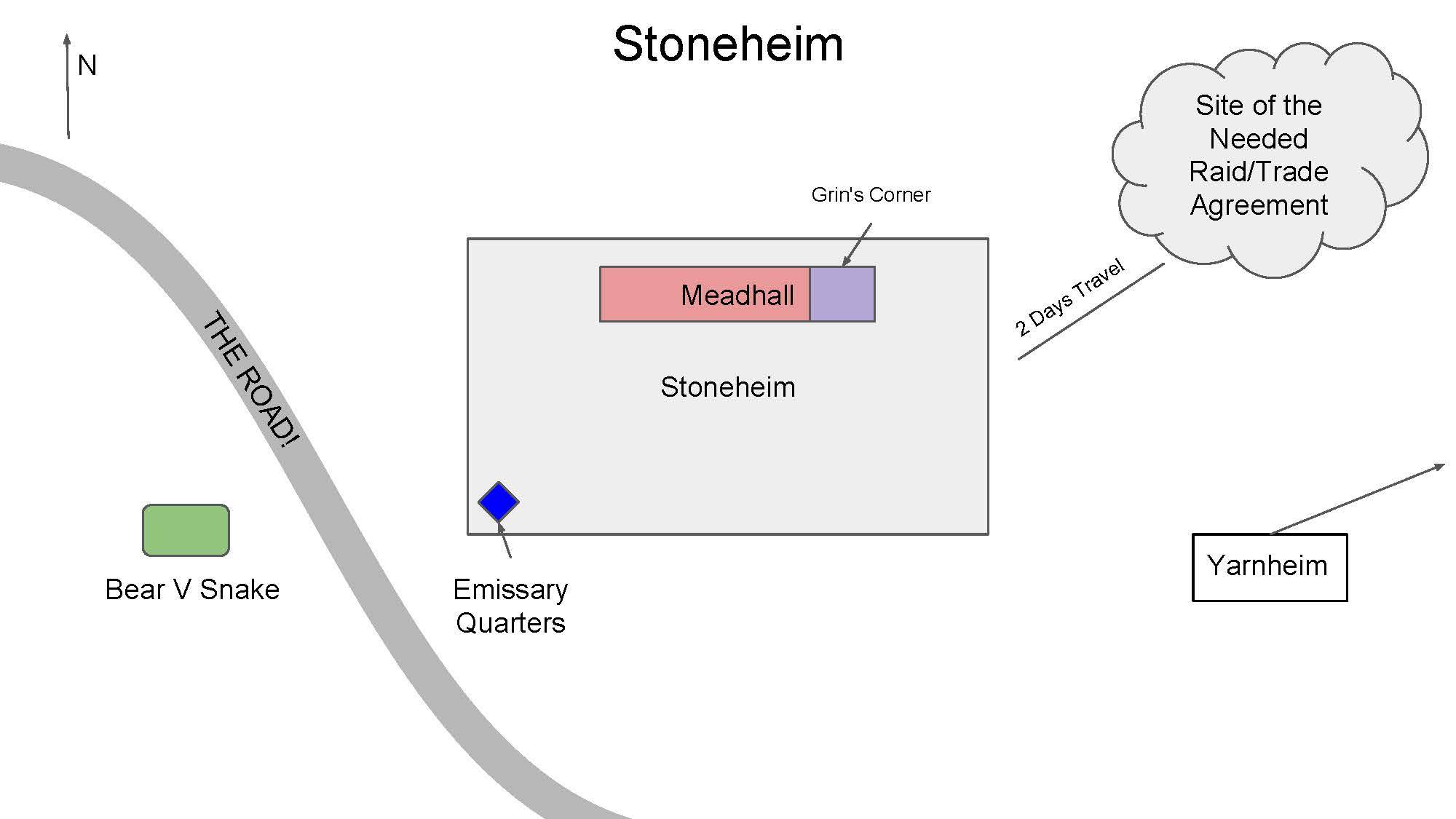 The Holdfast Map is an integral part of this game. Everyone answers a randomly determined question and then draws something on the map to represent their answer. As you play through multiple sessions, you add to the map, using it to reflect how the world changes due to the actions of the characters.

In a face-to-face game everyone can grab the piece of paper you use and draw on it, but in an online game, that’s trickier.

I’m a huge fan of the suite of tools Google offers in Drive. I do most of my initial writing there. I’d used game-specific online tools like Roll20, but I knew the play space and map could be really fiddly and I didn’t want to have to mess with object permissions during a stream. I knew that Drive had a drawing option with some decently robust tools, but the problem was that it’s limited to a single workspace. In addition to needing the holdfast map, Fate works best when you can “physically” pass fate points, and when you can easily track zones for combat and such.

Then I happened to open up Google Slides. Holy cow.

The setup is simple: make as many slides as you think you’ll need. Each slide is a specific workspace. You can then add as many boxes, shapes, or other objects as you need. You can add text to any object, with all of the font sizes and styles you’d have if you were typing a document. You can change the colors of any of them to keep easy track of them. And you can switch to any one of them as needed.

This is the best part: a quick share and anyone you want to have access to the document has access. Give them the ability to edit it, and you and your players can access any part of it at any time. No other permissions to set, and the interface is one that most people can figure out very quickly and easily.

How it Worked in Use

If you want to see how this setup works, you can check out this recording of one of the streamed games that I ran to promote Iron Edda Accelerated:

The setup we used had the producer sharing the presentation in the middle while we all interacted with it as needed. Our producer changed to the slides we wanted to show the audience, as needed, and we could look at whatever slides we wanted on our own computers because we all had individual access. Reader, it has been magical.

I’ve used this setup for all of the online games I’ve run, and I’m pretty sure I’ll be using it for any future online games, regardless of system. Not only that, but I’m using it for my home game as well. Too often I’ve been trying to flip through stacks of index cards to find the notes I want. With each slide being a separate space for specific information, I can find what I need really quickly. It rocks.

It may sound like I’m overstating the value of this tool. I can tell you that I’ve not encountered a setup that’s easier to use for both me and the players I had in the games. In a few cases I was pressed for time and didn’t have a chance to brief anyone on the setup we were going to use until right when we started the video call. In each case, my players only needed about 2 minutes to figure out how to use the slide setup. It’s lovely.

Online gaming can be intimidating and there’s no one solution that works for everyone. That said, this setup is so easy and so intuitive that I can’t recommend anything else more right now. It puts all of the game information front-and-center for every player. I can even imagine a setup where each player is given a slide to use as their own character sheet so they can organize the information in ways which make sense to them while the GM has their own slide to keep track of their stuff. Basically, you have theoretically infinite page-sized digital index cards with a ton of options for information presentation.

If you want a good starting point for this, you can access a read-only copy of the set of slides I used to run the Iron Edda Accelerated game I played in for She’s a Super Geek (it provided the screenshots you’re seeing in this article). Link’s right here [5]. Also, if you want to follow along, you can find the first episode of that series over here [6].

Have you used a setup like this? Something similar? Let me know in the comments! Also, if you give this a shot, I’d love to hear about your experiences.

I hadn’t thought of using Google Slides for this before. Looks like a great setup!

For my recent Fate (Dresden Files Accelerated) online campaign, I decided to try Trello and was quite happy with the results. The card based UI simulates index cards (such as for Fate aspects) very well, and you can easily add checkboxes to the cards to track free invokes or boosts. We used different columns for NPCs, factions, locations, aspects, etc. Each character got their own column, with individual cards for their approaches, conditions, aspects, and stunts.