An Ode to Ravenblood Games

This is an ode. An ode to my FLGS (Friendly Local Game Store), Ravenblood Games.

When I left college, I left behind most of my gaming folks. I was RPGless—a tragic state, to be sure. After a while, I got antsy. I needed my gaming fix. I decided to try Meetup.com.

I got lucky. There happened to be a game of Hunter: The Vigil going on at some place called “Ravenblood Games.” I’d been to various comic shops and game stores, so I braced myself. But when I walked in . . . . 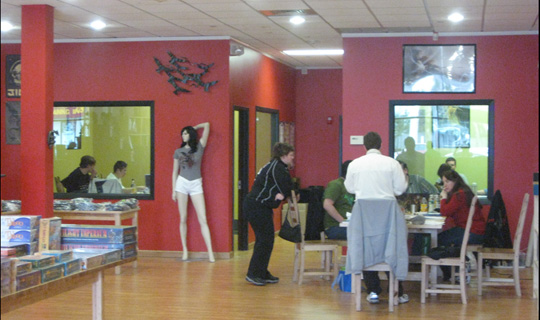 Missing here—the sounds of the choir of angels. Also the walls covered in gaming books.

It was clean. It was organized. It was filled with games I loved and some that I had never heard of. I sat down at the Hunter table and had a fantastic time. For the past five years Ravenblood has been my go-to place for gaming, and its owner, Pete, my gaming go-to guy. 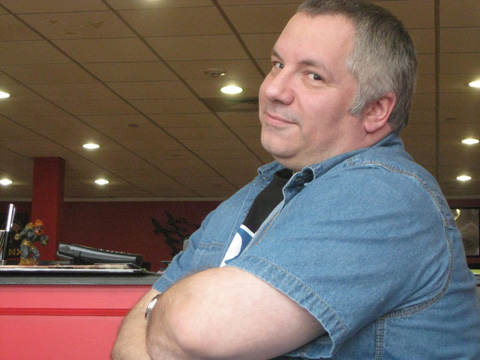 Ravenblood Games was the home of the Long Island Roleplayers, a great organization of nerds and geeks that introduced me to games such as Deadlands, Fiasco, Zombie/Star/Oz Fluxx, Munchkin, Guillotine, Ca$h & Gun$, Pathfinder, Eclipse Phase, and I could go on, but that would take hours. The long-running Mage campaign I’ve been in took place with LIRP folks at Ravenblood Game.

That why it stuck me to the core when I found out this Memorial Day weekend would be the last weekend I can spend at my beloved Ravenblood Games.

It’s not why you may think, though. Ravenblood was doing well financially. It just happened that circumstances will be taking Pete away from the area and, while members of the LIRP tried to take over the store, in the end there was nothing that could be done to save it.

If you happen to be in the area of Ravenblood Games in the next few weeks, go in. Buy something. Say “Hi” to the people there. Maybe you’ll make some new friends before it goes.

When it closes for good, so will pass an era for me, for the LIRP, and for all the gamers who tossed D20s within its vibrant red walls.

I’ll be there a couple times in the next few weeks so I can say goodbye.