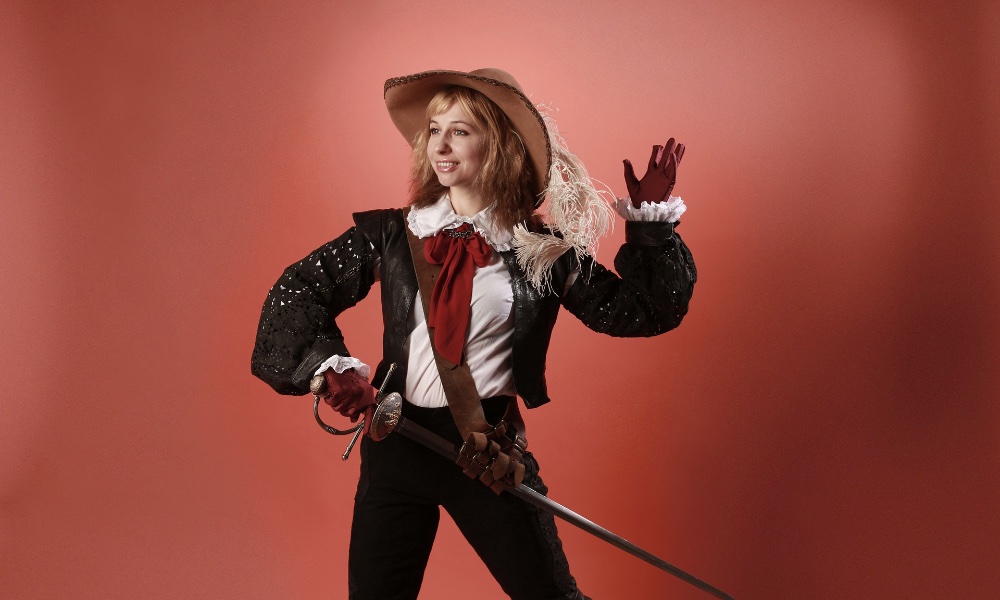 This article is partly for the players and partly for the game masters out there. The Musketeers from Alexandre Dumas’s book, The Three Musketeers, had a motto that goes, “All for one and one for all.” The intent behind this motto is that when one Musketeer needs something, all the others come to assist. The flip side, obviously, is that when the group needs a lift, one Musketeer can make all the difference in the world. There’s much more nuance to this motto than what I’m going to explore here. I’m certain that entire treatises and lengthy essays have been written about Dumas’s works, and that’s not the point of this article.

What I do what to explore here is when one member of the group shines or is left in the dark. These are the two different sides of the same coin that we commonly call, “spotlight time.” It’s something to pass around, share, and make the best of when you have it. It’s possible for the players to pass the spotlight, share the spotlight, or let it reflect off them onto other players at the table. It’s also one of the many things the GM needs to juggle and keep fair. As a player, it’s incredibly boring to not shine every so often. It’s also rude to shine for too long during the course of a session. Let’s dive into what can be done on the two different sides of the screen to make sure we all get some spotlight time.

Players with the Spotlight

If you have the spotlight, enjoy it. Truly. This is your time to shine and bring forth your character’s skills and abilities to change the course of the storytelling at hand. These moments can even change the plotted course of the campaign. Enjoy these moments However, don’t hog the spotlight. There are two general ways to avoid being rude about being the primary character in the story being told.

If you have the spotlight, enjoy it.

The first approach is to reflect the spotlight on another PC in the group. What I mean by this, is that you can include another character (or more) into the area or events being spotlighted. This can be mechanically enforced by asking for assistance (+2 on the roll; advantage on the roll; a free re-roll; lowering the target number; getting a bennie; etc.) from another PC. This can simply be a storytelling moment in which one character reinforces the thoughts, ideas, or expressions of the spotlighted character to an NPC. This may obviate the need for a roll if two (or more) characters are exerting the same kind of influence on an NPC. This reflection of spotlight will keep your fellow players engaged as they find new and creative ways to assist you in what you’re doing.

The second thing you can do is to pass the spotlight to another character. If you realize you’re not the best person for the task at hand (avoid metagaming and comparison of stats or skills if you can), then suggest to the group that a different character attempt what is being done. Alternatively, you can enjoy your spotlight for while it lasts. When your moment to shine is clearly over, turn to a fellow player and ask them what they’re going to do in response to what you just accomplished (or failed at).

Players Without the Spotlight

Reach out to the spotlight character.

If it’s clear that you’re not the primary character of the moment, that’s cool. Chill out. Relax. Pay attention to what’s going on. Don’t zone out. You never know when another player (or the GM) will pull you into the action. However, don’t become complacent. If you feel that creeping dread of boredom overcoming you awareness, step in. In other words, don’t reach for your phone or tablet. Don’t stare at your character sheet or refresh your memory of how your spells actually work out of the rulebook.

Instead, reach out to the spotlight character and ask, “How can I help you accomplish [insert goal here]?” Do it in an inviting way, not in a “I’m butting in” way. Have an idea prepared on how you can help. Having a solid plan of action for assisting another PC at the table can go a long way. You never know, the current spotlight PC might be stymied on how to approach accomplishing their immediate goals.

This is not science, but a gut feel.

This is a tip I picked up at a conference by way of observation. Patrick Hester is a friend of mine. He used to run the SF Signal Podcast and founded (in 2010) and co-hosts the Functional Nerds Podcast (https://functionalnerds.com/). At conferences, he moderates panels with multiple speakers. He’ll write down the names of all of the panelists in a column. As each panelist makes a Big Point about the topic of the panel, he puts a tick mark next to their name. When a panelist runs “low” on tick marks, he makes sure to address the next question or topic to the person with the least amount of marks next to their name.

This is not science, but a gut feel on Patrick’s part. He doesn’t mark down each minute that each person has had the spotlight on the panel. When someone has had “enough” time, it’s good to shift to a person that should talk next. Patrick is a master at this, and you can be too, but it’ll take practice and table awareness. Don’t cut people off unless they’re hogging the spotlight for personal gratification. I also recommend gently tamping down on a player who constantly injects themselves into the spotlight moments. This might be a talk after the session, but if the other players are getting visibly upset by someone butting in, then a gentle, “It’s XYZ’s turn to act right now. Let’s see what they want to do,” statement will work just fine.

It’s easy enough to shift the spotlight to another player by simply asking a player, “What’s your character doing right now?” Actually, be more direct and leading than that. My previous example is fine, but too open. Ask them what they’re doing about an event that just occurred. Tie their next action into the previous one that just went down. This is a natural shift in the spotlight.

Moving the spotlight between characters and keeping things running smooth from a storytelling aspect is something that will take practice. You can do this, but take your time doing it. You’ll soon come to realize when it’s time to shift to another player at the table. Sharing the spotlight is vital, but subtle. I guarantee you’re going to mess this up (I still do on occasion), but don’t get down on yourself. Learn from past mistakes and improve!

Remember, the spotlight is there for all and for the one. It’s a matter of knowing which way it’s supposed to shine when the time comes.