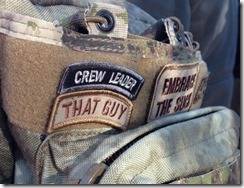 At the risk of being ‘that guy,’ I’m going to tell you about my campaign.

My gaming group recently wrapped up our 1980s Anomaly Adjustment Agency campaign. This was my first non-fantasy campaign since junior high school, and my first modern campaign ever. It ran for 18 months, went places I never expected in-game, and had a few unexpected out-of-game moments. Here are a few of the lessons I learned while preparing and running this campaign.

How’d it work? Extremely well. The trio of inspiration, framework, and era really played well together.

The Anomaly Adjustment Agency is a covert organization established in 1981 by an assertive Reagan Administration (more on politics in a bit) to combat the rising number of supernatural incidents through the ‘60s and ‘70s.

Magic as we know it is virtually non-existent. Particularly talented individuals may perform rare and dangerous rituals, but that’s it.

How’d it work? Excellently. These simple assumptions kept the game balanced and fun, in my opinion.

Adventures varied between Metaplot (or Mytharc as Phil calls it here) and Monster of the Week episodes. Each type usually took multiple sessions to complete.

Prep was rarely more than a few notes and character sheets, and plot arcs were elevator pitch length. I relied heavily on improvisation or the players’ own discussions. I’m not good enough to improvise awesomeness, that’s Patrick’s bailiwick. I just directed traffic to where it seemed fun.

I tried to design an adventure or arc around each character’s background. More than once, I would ask that player for more details, and weave them into the story.

How’d it work? Mixed, but mostly positive. More than once, I had to take a break to reevaluate where the heck we could go from here. GMing on the fly allowed me to roll with a lot of the punches that might collapse a highly structured game (such as ‘accidentally’ blowing up the National Cathedral, or adopting a werewolf pack).

This was one of the most enjoyable campaigns I’ve run, and will probably be revisited. If so, I’d make the following changes:

Any questions or comments from my experiences? Do you sit down after your campaigns and conduct a formal AAR or ‘lessons learned’ session? Sound off in the comments, and let us know!