In 2012, I was at a small convention and had one of those unfortunate/fortunate incidents where my game didn’t get enough players to get off the ground, meaning I was able to hop over to the table of one of my favorite GMs, Mage Mistress.

She was running a game of WoD: Innocents and already had a Bully, Thief, Prankster, and Mixologist at the table. When he slid the remaining PC options over to me my eyes lit up with glee at the sight of the Hacker (I immediately thought of Alec Hardison). 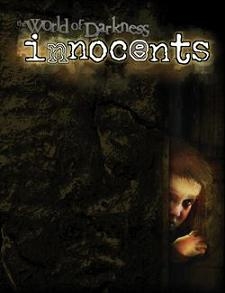 Or “Not-so-Innocents” as the case would be.
Book/Image (c) White Wolf Publishing

And then I saw the other option.

We were a bunch of privileged kids sent by our parents/grandparents/etc. to a boarding school meant to build leaders out of . . . problematic students. The Bully went around and established himself as “The Boss” by taking anything he wanted from the other kids. The Mixologist borrowed everyone’s Scope and other mouthwashes to make some sort of alcohol (at least that’s what she claimed it was, and she got quite a few successes), then invited everyone over to her room for a party.

That was when my little Con Artist brain went into overdrive.

You see, the most important thing (to my character, anyway) was to make sure EVERYONE liked and trusted her. Students, teachers, EVERYONE. I went to the party, found out some interesting info about the school, and then left the party–only to walk over to a hall monitor and say, “I think someone’s sick in that room!” while pointing to the room the shindig was being held in.

I gave it a minute, and just as the hall monitor was about to bust everyone for substance abuse I walked in and said “Oh, is this the get-together for all the new students?” The hall monitor looked at me like I was crazy and I spun him a story about how some industrious and thoughtful students were holding a small (substance-free) get-together to inspire feelings of camaraderie among the new class. Due to about 8 successes on the dice, the hall monitor bought it hook, line, and sinker. Thus, I became a hero in my fellow students’ eyes, even though I had ACTUALLY been the one setting them up in the first place.

I continued with this little act throughout the game. I convinced the lunch ladies that the Bully had specific keto-based dietary needs, which meant he needed bacon instead of the super-healthy breakfast they were trying to give us; I had the nurse wrapped around my little finger thinking I was a perfect little helper, so concerned with others’ welfare, even as the thief and I were planning on cleaning her out of a chunk of her meds.

That particular plan got a little more . . . interesting than I had intended.

I had asked the Bully to cause a distraction by faking a spinal injury, so the nurse would be drawn out of her office. While she was taking care of him, the Thief could raid her cabinets, and I could use her computer to do some research on the odd symbols we’d been noticing around the school. Apparently the Bully heard “distraction” and “spinal injury” and not much else. He walked some hapless NPC up to the third floor, complained about how the blanket he’d gotten from the NPC wasn’t warm enough, and then shoved the kid out the window.

Needless to say, we got our defenestration distraction. 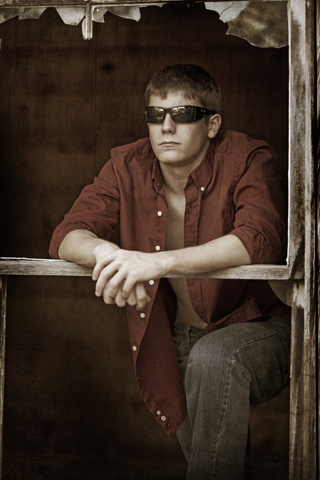 In the utter chaos that followed, we accomplished our goals, and eventually all of us (aside from the Mixologist) broke out of the school. Apparently we did this just in the nick of time: the teachers were performing a ritual that would transfer our older relations’ minds into our younger bodies so that they had another lifetime to live and we would be obliterated.

My Con Artist went on to report severe abuses inflicted upon the students by the teachers. Whether or not the school was eventually raided and shut down was a matter for post-game speculation, but I have a feeling that if I could make everyone at that school trust my chronically-lying ass, selling a sob story to the police was gonna be a cinch.

I mean, someone had been thrown out a third-story window.

1 Response to Adventurer Misadventures: How to Win Friends & Defenestrate People