Adventure and Campaign Design By Checklist 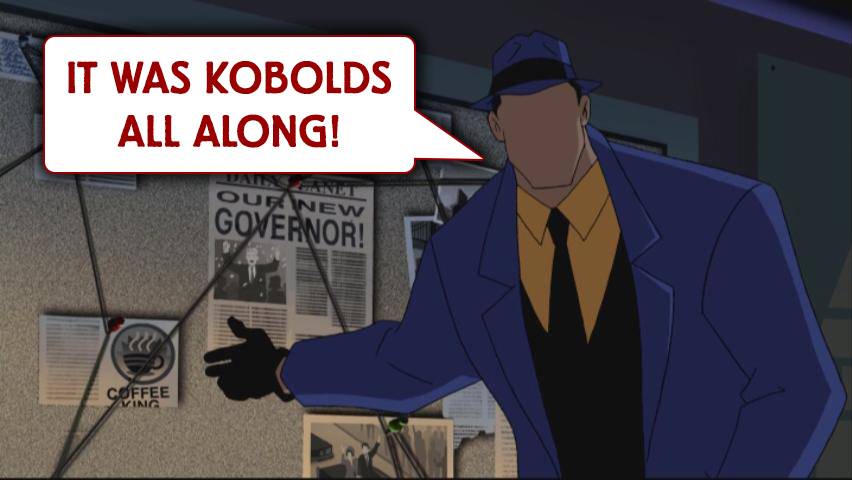 The Question from DC comics. (Image from Justice League Unlimited)

As my 8 month campaign was beginning to wrap towards its conclusion, I started to plan things a little differently than I had when it was just beginning. When the game was new, I was using Trello to plot out and organize story arcs, character options, and connect different cards to each other to make a complex spiderweb that would be worthy of a conspiracy theory developed by The Question. As I was beginning to wrap the various story arcs to their conclusions, I began to think of the important notes I wanted to hit in different ways. I became very goal oriented, wanting to make sure certain things occurred for each player before our time together ended (due to travel and changing life situations). One feature of the Trello boards began to spill over into all of my game prep, and by the time I was done, everything in my game was resting on one solid foundation – checklists. Trello’s feature letting you create checklists was super useful, and as it bled over into my prep mindset, I started to see the beauty of thinking with the end result first. Starting game prep with the end result in mind could lead you to railroading, but if done correctly it can focus you on what really matters – the players.

Designing by checklist is really just about focusing on what could happen and less on exactly how you get there. I used checklists in two primary ways. First, every character had a checklist of things that enabled player fun. What the player liked to do, what the character liked to do, what unique things the character had that I could incorporate. With this checklist in place, I could quickly parse it before the game and see if there were any elements I could incorporate into that game session. Knowing that Mayte had a magic goat and liked to hit things (two very true things about her character), I could decide that a race/fight might be a good idea to let her use her mount and get some good combat. I hadn’t really planned for that before, but the character option checklist reminded me of things her player would find fun and that I could incorporate, rather than just having a simple battle.

The other primary way I used checklists for game design was creating plot “armatures” of things I wanted to happen for a particular session. Much like my Island Design Theory of game design, this focused more on elements than how to navigate between them. A simple checkbox could contain “vital NPC betrays party” and if it doesn’t happen in one session it can be moved to another. I can check the elements off that occurred, or make small notes next to them to note something that changed, and because of the minimal amount of work I did in planning the setup, I wouldn’t feel bad about missing out on something.

Here are some of the checklists I used during the game.

In essence, using checklists as the main organizing structure of a game or campaign forces you to look at what happens, and not fret the details of how to get there. You still focus on what you want to occur, but rather than plot building in a linear fashion, you check things off the list in the order they occur. This helps keep the spotlight on the players (if you use player goals or player focused items) and it breaks the linear mold, even if you write down what you expect to happen. In one of the sessions above, we knew what was going to happen. The group would get to meet a council of mages in Limia, a character would return and replace their doppelganger in the party, and their eventual mission would play out with them going to hell. That sounds pretty cut and dried, but it occurred in a very different way. The players opted to go directly to hell, spent way more time dealing with the reconciliation with the real Salazar, and their time talking with the council was minimal. The story still moved along, just focusing on some elements rather than others.

That session was a setup session to prep for the finale, and it required certain elements that were the culmination of their previous actions and approaches. The other sessions had more openness, so the checklist items were more general approaches and options I could bring in. In session 2 of the finale, they knew they were traveling through hell to find a knot connecting two worlds. How they moved through hell and what approaches they used were totally up to them, but the one definite was that one of the characters would find the knot being guarded by a demon she had a personal vendetta against. Those two things were all that was on my checklist and based on how the characters approached the challenges, I could redo the connecting elements in whatever way made sense.

How did it work?

My last game sessions had something for everyone, and if I realized we didn’t get to something for a player in one session, made sure their checklist was start of next session. The checklists were goals I wanted to accomplish, even if I didn’t know how. They kept my last few sessions structured, but malleable. They kept me focusing on characters and their individual goals. I’ve written a lot about designing and planning games to be malleable, and anything that helps move you to a different headspace and envision your game in a different way is going to be useful. I think the checklist idea worked incredibly well, especially when focusing on character goals or elements I wanted to happen but didn’t NEED to happen to complete a story.Â  All of the players seemed to walk away with a sense of satisfaction and completion. I think, as a campaign design ideology, it’s worth trying out.

What do you think about paring down your campaign prep to just checklists? How much would you hold yourself to completing them? What methods do you use to organize your prep?

2 Responses to Adventure and Campaign Design By Checklist