Tabletop gamers are fairly all over the place and I would argue that we’re now possibly the most diverse subculture in the world now. We have folks from all genders and backgrounds, with interests ranging from cosplay to technical programming to working out in the gym. Long gone are the days where it’s only ‘nerds’ and ‘geeks’ rolling the dice, as you’re just as likely to find a ‘jock’ or even model at the table.

This diversity isn’t simply limited to stereotypical backgrounds either: for every child under 8 getting into the game, we have a veteran gamer over 60 that’ll regale you with a tale of their first slain dragon, be that over 40 years ago, or just last week. In that vein, while there are plenty of able-bodied players, there are also scores of adventurers with disabilities that often get looked over.

As I was wondering in what ways could I account for disabled folk and such, a copy of the FATE Accessibility ToolkitÂ fell into my hands.

In going through it I’ve found that, while it’s grounded in covering FATE specific mechanics, it has a lot of fantastic tools and advice for GMs and players regardless of system.

How much of it is FATE?

While picking up content for FATE as a FATE player is automatically a no-brainer, I have to stress that the content here is more universal than the system can contain.

In the 126 page pdf, if you don’t count the first 5 pre-pages and the last 4 closing pages, it has 117 pages of raw content. Going through it, I marked roughly around 50-55 pages that explicitly referred to FATE mechanics. This allows the rest of the book to act as a handbook and guide to handling disabilities and such in a positive manner.

While it certainly helps to understand FATE (such as the difference between Aspects and Stunts) it’s general enough in its coverage that you get a solid idea.

At the end of the book, in the Appendices, it also covers several major sans-system tools such as the X-Card, the Script Change tools, as well as an ASL Reference section. As the pdf (at my time of review) is a prototype it doesn’t have the full, comprehensive charts just yet, but I’m excited to see it in its completion.

The Core of it 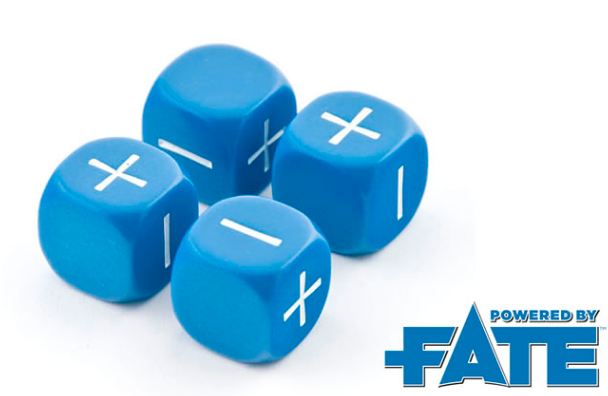 The most eye-opening part of the book for me turned out to be the “The Nitty Gritty of Specific Disabilities” section. In its 43 pages, it goes through disabilities such as blindness, deafness, chronic illness, autism, and many more. It starts with informing the reader what the disability is like and what sorts of situations one might go through, before leading into how to incorporate it into the game.

A deaf character might have the aspect Perfect Lip Reading, allowing the character to perfectly understand a conversation until the target turns away, or a character with chronic illness might have Lay Medic (lore), giving the character bonuses to know hospital procedures and recognizing conditions. Personally, it was particularly nice to see the book also tackle subjects like schizophrenia and PTSD and show it in a really positive manner.

Not only was the Nitty Gritty chapter written with care, but with accuracy as well as the writer consulted or worked with contributing authors to get a comprehensive look at each disability. You can clearly tell as the writing style changes quite a bit where the writers change hands.

Each part is then punctuated with several small blurbs, giving advice to players and GMs alike, as well as advice on how to handle antagonists with the disability as well. What tropes to avoid? To lean into? Often the answer is simply “Don’t make their disability their critical weakness and undoing.”

For the FATE players, the Accessibility Toolkit comes loaded with tons of suggested content. While it comes with the standard fare of Aspects, Stunts, and Extras–all handily organized via disability–it also involves its own unique elements of Conditions, Adaptive Devices, and a little gem called Anchors hidden on page 14.

To sum them up quickly, Conditions reflect states your character will sometimes be in due to their disability. It’s something done to help model disabilities. Adaptive Devices, which is paired with conditions, can actually grant bonuses and special abilities (Extras) to your characters. “Anchors” are an alternate rule to track mental trauma, which can grant your character bonuses when you’re out of resources, at the risk of affecting the Anchors that keep you stable. As someone that constantly has to balance between my mental health and doing what needs to be done, Anchors honestly spoke to me and made me feel heard.

With what the book already gives you, you can practically plug-in and play from the get-go. It has a surprising amount of content between its pages.

I think we need more content like this. Not just for FATE, but for more systems out there. I originally thought that I’d like to see this sort of book for all systems but after some time to think, I think that this just had to be FATE. Almost no other system focuses as heavily on player added content than one that literally requires the players to create their Aspects, then numerically ties that in with the game’s mechanics. It’s a system where its driving principle is based on empowering the players and their capacity to affect the narrative. So of course this system was where this sort of empowerment had to start.

As someone that has had friends with disabilities, personally goes through a few mental health concerns myself, and has consequently become more familiar with such conditions outside of my prior realm of understanding, I am overjoyed to see this sort of content on the metaphorical shelf. From a first glance, disabilities can seem difficult to tackle and something to tip-toe around, but they don’t have to be. Improving the handling of a situation starts with becoming informed.

If you happen to pick it up in its prototype stage, by the way, you’re also directly contributing to getting it full art and an ASL hand sign chart! Something to think about.