A Wintry Adventure For Your Holiday Game 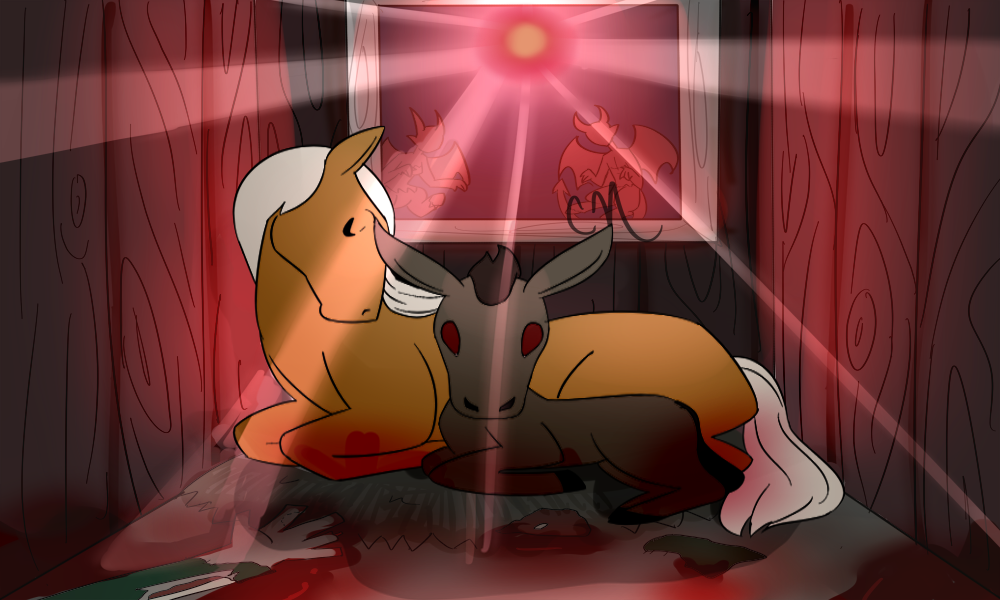 In the past, I’ve written holiday articles about sinister Santas, and evil elves. This year I present a roughed out tongue in cheek Holiday adventure ready to be adapted to a system of choice or stolen for your own game.

Setup: A dark god is spawning an avatar on the material plane. The PCs find out and it’s up to them to stop the strange being fromÂ  furthering its patron’s influence. They will encounter resistance of several types and the longer it takes them to reach the final showdown with the avatar, the more difficult it will be to defeat it. Keep some sort of counter to indicate how long it takes to reach the final scene.

Scene 1:Â  A new red star flickers malignantly in the sky in late afternoon and a cold wind blows the first flakes of snow. It is obviously an ill omen. With skill checks or visiting a sage, PCs can discover the following:

Scene 2:Â  As the PCs travel towards the star, the storm increases in power. It makes checks to track based on the star more difficult and failed checks add time to the counter. Before long they encounter a herd of maddened sheep. Some are simply maddened animals, others have been twisted by the dark power giving them extra limbs or allowing them to walk on two legs or bite for damage. Play these up as being each twisted in strange and unique ways. PCs will also see the remains of several eaten people littering the ground, mostly bones and scraps of cloth. While they are being harassed by the beasts, the PCs will hear cries for help from nearby. A shepherd is up in a tree and surrounded by a cluster of the monsters. The PCs can either drive off or kill the monsters attacking them and move on, leaving the NPC to their fate, or take extra time to save them. If saved, he asks the PCs why they happened to be in range to help and will accompany them if allowed to. He knows he will most likely die but considers their cause important and owes them his life anyway.

Scene 3: The storm increases in power again. Now navigating is more difficult again and sight range is limited, making ranged attacks more difficult. The PCs encounter flying demons who attempt to slow their progress with unholy song. These demons fly in the storm without hindrance and sing in an attempt to slow the PCs. Failing saves causes mesmerization for a short time. PCs can attempt to snap each other out of the effect with simple actions, or can attack the demons to stop them. If all the PCs are ever mesmerized at the same time, add some time to the counter and fast forward to when the next PC comes out of the effect. If the shepherd is with the PCs he will not attack the demons (aside from throwing stones he doesn’t have any way to do so) but will instead sing prayers to ward off the effects of their singing. This will grant save bonuses to all PCs. If other PCs join in singing they will grant the same bonus (these do not stack) and grant THEMSELVES a bigger bonus. You may wish to grant xp bonuses to players who actually sing while not describing their actions (without being disruptive).

Scene 4: The storm grows stronger and colder and starts to cause damage or roll penalties to the PCs in addition to the navigation and ranged attack penalties, unless they have warm gear or cold resistance. The star leads to a barn. Inside is a variety of livestock including a horse and her wide eyed newborn mule, a mutilated family of farmers and a large demonic entity. Some of the livestock cowers, others are mad as with the sheep from the earlier scene. While the demonic entity is a challenging foe (and the PCs will have to defeat it and any maddened creatures) it’s not actually the new evil power. Instead the new power is the baby mule. If the PCs defeat the obvious threat and aren’t thorough, they may miss the more subtle one. If the shepherd is with them and survives the fight, he may miss a save via fiat and stay and tend to the remaining docile animals.

Conclusion: There could be a couple outcomes here. Either the PCs miss the mule, in which case it may come back to be a threat later, or they deal with it in one way or another. This could be as simple as killing it, or taking it on to convert it, etc… Sky’s the limit here. If the mule is stopped, the god behind it will be angered and most certainly will send other agents to deal with the PCs later. It’s lose-lose which as a GM I love. Means there’s always more hooks to pursue.

The evil mule is of course the scion of the evil mules that occasionally turn up in my games. (See? Told you it would be relevant.) They’re fun because they’re as good as invisible, make your players paranoid as hell, and are great for anything from a one shot to a world threatening evil. They’re also just a little bit silly. Enjoy!

2 Responses to A Wintry Adventure For Your Holiday Game