A Look at Downtime in RPGs and Board Games

This article looks at a parallel between RPGs and board games that I find interesting, but fair warning: If the last time you played a board game was a session of LCR with your grandma in 1982, it may not be as interesting to you.

So: board games and downtime.

In board games (and card games), “downtime” is the time you spend sitting around waiting for it to be your turn again, and it’s usually — though not always — a problem. In some games, you have a lot of interesting things to think about between turns, or there’s interaction between players that keeps you involved when it’s not your turn, and downtime isn’t a problem; in others, the game is designed to mitigate downtime from the outset (simultaneous actions, etc.).

In general, if a board game has too much downtime it’s the game designer’s fault. Something in the rules, or a combination of things, means that there’s a lot of wasted time built into the game — and that’s a problem, because downtime is usually boring.

The one major exception is when you play with someone who suffers from “analysis paralysis,” a terrible condition I’m sometimes afflicted with. In layman’s terms, it’s called “Taking way too damned long on your turn.” Board game designers can try to mitigate analysis paralysis, too, but there’s really no way to control what players do with the game once it’s published.

So how does this connect to RPGs and GMing? Because RPGs often have the same problem, sometimes for similar reasons, but in every case but one there’s an awesome built-in correction mechanism that doesn’t exist in board games: you, the GM.

In an RPG context, downtime still means the time waiting for your turn to come up again, but things are much more fluid. Many scenes involve multiple players, and the level of interaction for everyone is high. Watching other people roleplay is also generally more interesting than watching other people take their turns in a board game, too.

But the big difference between RPGs and board games in this area is that when you’re playing an RPG, there’s a leader: you, the GM. That leader is responsible for watching the table, assessing their players’ respective interest levels, and intervening in an organic way when someone isn’t getting enough spotlight time — IE, is mired in boring downtime.

The clearest example of this is splitting the party: If you, as the GM, focus on one sub-group for an hour straight, you can be the other sub-group is going to be stacking dice, playing Xbox games, or slitting their own wrists. So you jump back and forth between the two sub-groups, trying to keep everyone engaged and ensure that both sub-groups get roughly equal spotlight time (and have roughly equal, largely unavoidable, downtime).

This is awesome — it’s a huge advantage that roleplaying has over many, many forms of entertainment, including board games. But it breaks down in one critical area, and it’s one that brings me full circle to “It’s the designers’ fault.”

Even though one player is in the spotlight on their turn, combat is fundamentally interactive: PCs get attacked, actions are held to enable team efforts, characters are revived, and lots and lots of stuff happens all the time. On paper, it doesn’t sound like combat would be the aspect of RPGs where downtime is most likely to creep in, but in my experience it is.

Why? Because unlike almost every other part of a session, the GM can’t really step in to make it interesting for players who aren’t directly involved in the action. In most RPGs, the combat system is a different animal from the rest of the game: time is measuring in miniscule increments, every second matters, actions tend to be more complex and involve more mechanics, and rigid turn order is followed to ensure that everyone gets a shot at doing something cool and interesting. As a GM, that’s hard to mess with.

Any RPG that features tactical combat — D&D 3e and 3.5e being the poster children here, with combats that regularly require hours of real time to resolve seconds of game time — is going to suffer from a downtime problem.

There are lots of ways to speed up combat in games where this is an issue, and groups can do things like agree on an “on deck” system to try to ensure that turns move quickly and downtime is minimized, but ultimately it’s not a completely solvable problem. I wince when I think back to the D&D game where my friend Jaben seemed to spend about an hour in every combat with his character immobilized and unable to act — or have fun. 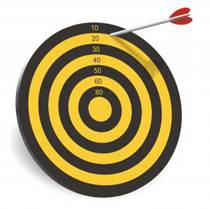 And ultimately, this is a design problem. It’s not unique to recent editions of D&D, and I’m sure there are folks out there who find what I consider boring downtime in games where combat takes forever to be fascinating and entertaining, but I bring this one back to the designers:

If you created an RPG that fosters downtime, you screwed up.

Building pointless downtime into your game is a failure whether it’s a board game or an RPG, even if the rest of the game is the best thing since sliced bread.

And what really makes me scratch my head is this: If I’m right that downtime is largely the fault of game designers, why do we, as consumers, put up with it?