A Good Story Or A Good Game 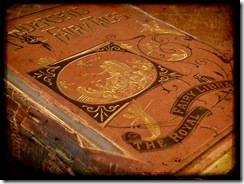 A lot of my gaming friends and I are into gaming as a storytelling experience. I tend to talk about improving games and focusing on the story at the table. That is how a lot of my games go. However, some of the recent books I’ve been reading, some of the movies I’ve recently seen, and some of the games I’ve run in and played in highlighted something that bounces around my head from time to time: Good stories do not always make good game experiences.

A great example of this is Shamus Young’s take on Lord Of The Rings versus “Standard Gaming Group”, DM of the Rings. Following the story to the letter the group has no fun. Sure Shamus intentionally creates friction and plays up gaming stereotypes for the sake of humor but he makes the good stories do not always make good games point in a great way.

Reflection OnÂ  Story In Two Sessions
Two of my recent games illustrated the Good Story vs Good Game conceptÂ  in a very big way. One of the games drug a bit, despite being full of action scenes, and was not getting a lot of love from the players. However, looking at the session from an outside perspective, it came together like a well composed plot with a fleshed out story structure. Another game I ran made no sense from an outside perspective, but the players were involved in every aspect of the game. Pieces of the plot didn’t flow together correctly, the characters stepped over major plot points, the discovery phase hadÂ  information that was too easily obtained. It would have made a terrible movie, but was a great game experience.

So, was the sub-par game a result of the story being too central to the session? Was the good game good because of the story being disjointed and the focus being on the gameplay itself? Correlation does not equal to causation. I don’t think the good story negated a good game, and I don’t think the bad game didn’t leave room for a good story.Â  The relative failure and success, being the fun the group had, were the result of many different pieces of the gameplay experience.

Narrative Structures
Role-playing games are narratives. If they weren’t then they would be board games that focus solely on the mechanics. However, they are not solely narratives. Role-playing games are too interactive. Most forms of traditional storytelling, such as books, movies, and spoken-word stories, are created and disseminated by one person. The story structure is laid out beforehand and does not alter as it is being told. Interactive stories, like choose your own adventure type books, video games with open options, and of course role-playing games, are malleable and alter with the experience. The people participating in the experience change the way the experience occurs.

Many of the same narrative structures are used in traditional and interactive stories, but when talking about interactive stories the narrative structures have to become malleable to the interaction of everyone participating in the story or the enjoyment of the experience is lost. The same exposition, rising action, climax, falling action, and denouement that so many stories are based on does not inherently create enjoyment at the gaming table.

A Good Story And A Good Game
So what can be done to make good stories and good games?

What tends to be more important in your games, the execution of the story or the playing of the game? When do you have the most fun, when focusing on the story or when playing out the game? What do you do to make story and game intertwine?

7 Responses to A Good Story Or A Good Game