A Deeper Look at the Social Contract 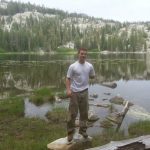 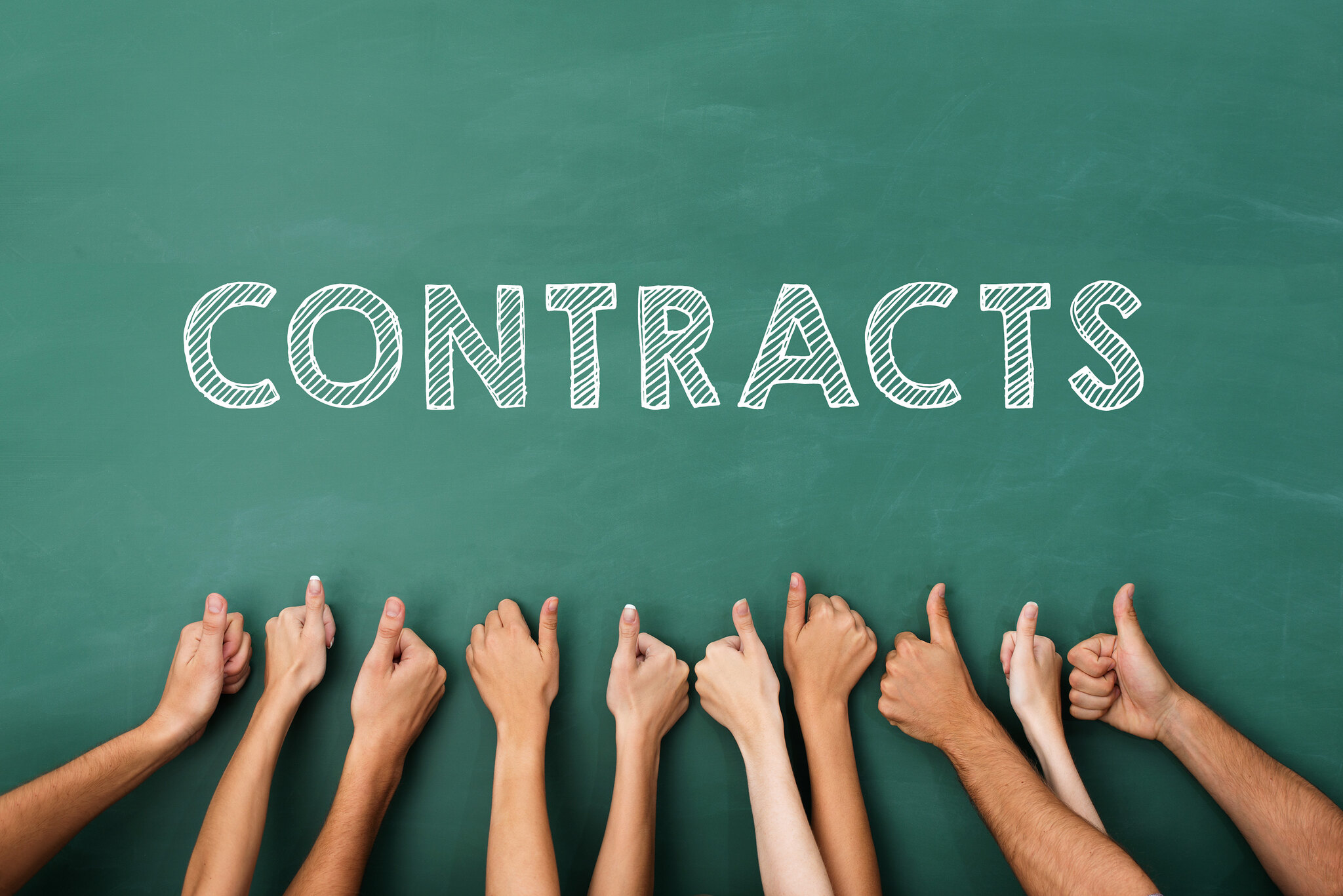 RPG gamers will likely have come across a concept called the “social contract” at some point in their gaming career. Newer gamers may have not seen the topic discussed directly, but they engage with it every time they play. For those people that don’t know: the social contract is the agreement between members of a gaming group that underlies a game (system, setting, safety tools, etc.) Despite a general awareness of the concept, I very rarely see a discussion about the topic that tries to deeply understand its meaning and how to apply such an understanding. I want to deep-dive into this topic here, and I also want to make an argument as to why you should be talking about this at your table more often.

Between the two, implicit contracts are vastly more common. Everyone comes to the table and simply vibes out the group and the game, perhaps only discussing game dynamics openly when a problem arises or grievances must be aired. The proliferation of safety tools and the rising popularity of Powered by the Apocalypse games have injected some elements of explicit contracts into the gaming sphere, but they are still the minority. Powered by the Apocalypse games often force meta-game discussions that can prompt a gaming table to examine their social contract in specific ways. Safety tools introduce the element of affirmative consent to the table. These are positive developments, but I believe diving even deeper can make every game better.

So what does the social contract mean beyond what has already been discussed? The first thing that I want you to do is to consider this question: what is a role-playing game? At its deepest level, what are we doing when we sit down at a gaming table? We are engaging in a social activity, and anything that happens in that activity is entirely the construct of the people at the table. Nothing is set in stone except for the limitations of the human body, and I know of no RPG’s that push anyone to their physical limits. Because RPG’s are imaginative in nature, there are essentially no limits.

No limits can mean a lot of things, not all of which are good. There is as much room for pain as there is pleasure, and as much room for toxicity as there is for pure joy. The goal of a gaming group should be to invite the good and avoid the bad, but how is that done? The simplest answer would be to talk it out, all of it. So how do we start that conversation?

Rules as a Contract

Start at the beginning. What are the most common ways to invite someone to a game? You either propose a game genre or a game system, e.g., “I want to do a western game” or “I want to run a Call of Cthulhu game”. Once an agreement is reached, a contract is signed, but perhaps you should revisit that agreement in depth before the game begins. I think most of you understand what that conversation would look like when discussing genre: Asking people about style preferences, discussing tropes to avoid or include, and discussing any potential triggers or hazards that are common to the genre. The next question then is, how do you discuss a rule system in depth?

Understand that game systems are sets of rules, a collective whole. By agreeing to play a game, we agree to all of the rules within that game. Each individual rule is an agreement among the entire group as to how the game world works and how the world will be represented at the table. Hit points are not hit points. When a monster deals damage to a character and that character loses HP, they are not being subjected to some universal law of gaming. The group has agreed, by signing on to a DnD game, that in a situation whereby a creature successfully attacks a character, the logical effects of that attack will be represented by a loss of hit points. If the group wanted to change how that situation would be represented they could do so, thereby amending the social contract. This activity is usually called “homebrewing”, and is quite common among the more involved fans of the hobby.

In fact, there really is no need for a rulebook at all. The game group could design their entire game system at the table, but such a process would take far too long for most adults. So instead of designing a game system by committee, a pre-written game system is chosen. To put it another way, the group is outsourcing part of their social contract to a game company.

This is why I encourage everyone to openly discuss the game system at every opportunity: ask the GM and/or the players what rules they like or don’t like, bring up concerns as soon as they arise, read the book thoroughly, and redesign the game system however you wish. Why risk someone becoming bitter or dissatisfied with a system mechanic when a simple direct conversation can solve that issue before it appears at the table? Continuing these conversations will also allow group members to voice their opinions if they ever change their minds.

How many times have words like “…in my world, orcs aren’t evil” been uttered at a table or in a game forum? Many game systems directly empower the GM to make such proclamations without input from their players, and most players simply accept that reality. This is, however, an illusion.

The GM has the authority of an executive; the authority of the GM is entirely based upon the implicit allowance of their players. If a GM continues to alienate their players, the end result will be the players exiting the game. Perhaps whoever feels dissatisfied can bring up their pain points, but if nothing changes they will either have to suffer through or leave. Conversely, a GM who feels dissatisfied because of the demands of the players will also have to decide to either leave or suffer through.

The authority of the GM is entirely based upon the implicit allowance of their players.

Because many game systems place ultimate authority with the GM, players are thus told to accept the word of the GM as law. The true reality is, however: the GM is not enacting a ruling, they are proposing one. It is the right of the players to bring up concerns or argue their minds if they wish, and they should. Ultimately, the GM cannot force players to play a game to which they don’t agree, but the players cannot make their GM run a game they don’t like either. The group must agree. Making that agreement more explicit will ensure that everyone gets their thoughts heard and possibly avoid conflicts in the future.

Anyone who spends time on gaming forums will likely hear stories about horrible gaming tables that traumatize and exploit unwitting players. To address this disturbingly common occurrence, the community has accepted safety tools to feel out the triggers of participants and offer them a way out of a negative experience. These aren’t foolproof, unfortunately. Social situations are complex, and it may feel awkward to use a safety tool if it is perceived to interrupt an otherwise smooth gaming experience. This is why I encourage everyone to not just include safety tools (you definitely should) but to openly discuss what the safety tools mean and have people propose how they would want the safety tool to function. In this way, such tools can be both more effective and feel more acceptable for everyone to use. Make this conversation explicit, perhaps even awkwardly explicit. Implicit understandings are prone to misunderstanding; it is vital that everyone fully understand and accept safety tools so we can all have better games.

Not everyone has something to say all the time. Most players don’t have as many thoughts about game systems as GM’s, and most people are quite comfortable with safety tools when around their friends, but talking about it can’t hurt. The worst that could happen by talking explicitly about more things is temporary awkwardness. The worst that could happen by remaining silent and relying on an implicit agreement is much worse. RPGs are an entirely social engagement, the game lives in the space between the minds of the people at the table, and everything about it is defined by the social contract. Humans aren’t psychic (yet), your thoughts are yours alone until you voice them. To understand each other, we must use our words. Games don’t exist on their own, they are defined by and they rest upon the agreement of the people at the table.  That agreement can be amended, rescinded, or added to at any time, you just have speak up.

A writer of many different styles, aspiring freelancer, forever GM, metal and woodworker, and now blogger I guess. I'm trying to dip my toes into the content creation sphere to share the million ideas I produce every day. RPG's have been my passion for over a decade, and I aspire to play every game out there (not possible I know). I've also partially written several RPG's (I'll finish one of them one day I swear!).

1 Response to A Deeper Look at the Social Contract