A Barbarian’s Guide to Roleplaying Hooks

I always want to see people roleplay more in my roleplaying games. Always! I want people to speak in character, using “I” statements instead of “they” statements”, engaging with the story as their character would. When a story gives a character a bit of bait, a little non-combat story event that would incite them to act or react, that’s a roleplaying hook. It’s also, most often, a conflict.

Not to get all high-school-English-class on you, but conflict is the central engine that stories run on. You can’t have a story without a conflict somewhere, even a small one. I’ve found that a lot of games that I’ve played don’t make full use of potential conflicts, so I wanted to start this – a series of articles giving you roleplay hooks for each of the classes in D&D. Harmony is boring, but disharmony doesn’t always have to be combat.

These are ideas to discuss with your GM and your fellow players to bring some of these story and roleplay hooks to the table. We’re getting started today with one of my favorite classes to play – barbarians. 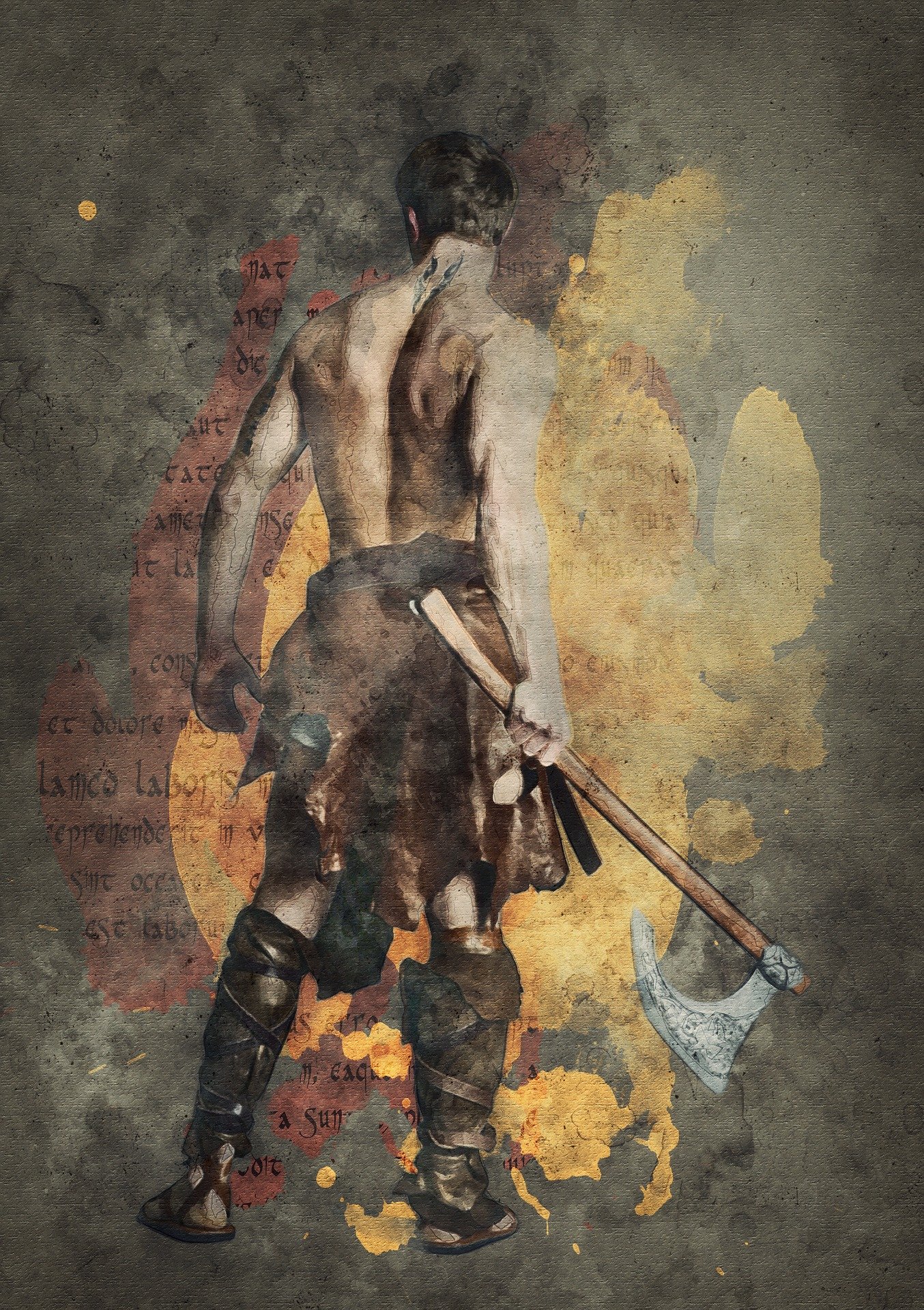 Barbarian vs The World

Outsider vs New World – this is one of the most key pieces of fictional friction that you can find. The feeling of not belonging is a huge potential area for roleplay. Outlander barbarians trying to understand and fit in their new world, their new home, are too often ignored, or relegated to comic relief.

Nature-as-Master vs Nature-as-Subject – most barbarian lore is based around wild places, untamed landscapes. How your barbarian character interacts with nature can be a defining trait for them. Do they submit to nature at its wildest? Do they see themselves as the tamer of the untamed spaces?

Barbarian vs The Party

Rulebreaker vs The Rules – a barbarian in a frenzy or a rage cannot be beholden to any rules or laws (if they even care about them when they’re not in a rage!). How does your barbarian react when their actions – and even their morals – come into conflict with the rules laid down by the rest of the party? How do they deal with the conflict between them and their friends?

Rule-Follower vs The Rogues – conversely, barbarians may follow very strict codes of honor, which may bring them into conflict with less morally-bound members of their party. This can make a neat spectrum with the above; with members of the party all coming into conflict with each other based on their degrees of lawfulness (and, just my opinion, I think this should be happening a lot in most parties).

Danger vs Caution – barbarians are all about throwing caution to the wind, rushing forth without a care for their own safety. Other party members may be… decidedly less so. And what’s more, other party members might have a big problem with one of their team being so incautious, caring more for their friends’ safety than their own. This is the type of conflict that can drive really great moments of friendship and camaraderie in a party.

Superstition vs Magic/Technology – I’ve always been intrigued by the idea of the “superstitious” barbarian, given that they almost always coexist in a world with very obvious magic, and varying levels of technology. Giving your barbarian a really firm superstition or two can provide a great hook for when that superstition comes into conflict with the realities of the world they live in.

Modernity vs The Old Ways – on that ‘technology’ note above, modernity as a concept is one that can bring out some really interesting ways for your barbarian to interact with their society. With fear? With resentment? With anger? With eagerness? Or even juicier, a mix of them all, because characters can be multifaceted?

Misunderstanding by the Masses – if your barbarian is an outlander, or simply someone who’s accumulated strange customs and habits over time, it will be very easy for bystanders outside of your party to misunderstand them, or to assign malicious intent to non-malicious actions. This can cause all kinds of friction, with simple villagers and cosmopolitan city-dwellers alike.

Assimilation vs Preservation – regardless of how well they learn the customs of their new lands or new home, any barbarian might get caught in the conflict of choosing to preserve old rituals and old traditions, or giving them up in order to fit in better. And even if they do preserve their old traditions, do they do so openly? Do they do so privately? Do they bring in others to teach them as well?

Humanity vs Rage – even though their powers are largely fueled by their rages and frenzies, a barbarian can still feel conflicted about the actions they take while in a rage. They can regret things they’ve done, for example, or feel that their actions went against their normal moral code. They can even feel that they lose their humanity when in a rage, which is great for the angst, my favorite angle to lean on.

Bravery vs Fear – one of the things that always interested me, way back to my very first barbarian character, is that barbarians aren’t immune, or even resistant, to being frightened. I love the idea of a rage fueled not by bravery or anger or anything other than fear. And that can play really interestingly with overcoming fears, with learning to act despite fear and not because of it, even with GMs dangling character phobias over the table (although you should not confuse character phobias with player phobias! Talk to each other!).

So that should be plenty to get your barbarian started with some wonderful story arcs and character development driven by their roleplay – how they interact with and come into conflict with the other elements of the game.

Did you have a great moment of character development with a barbarian? A really juicy piece of storytelling? Tell us about it in the comments!