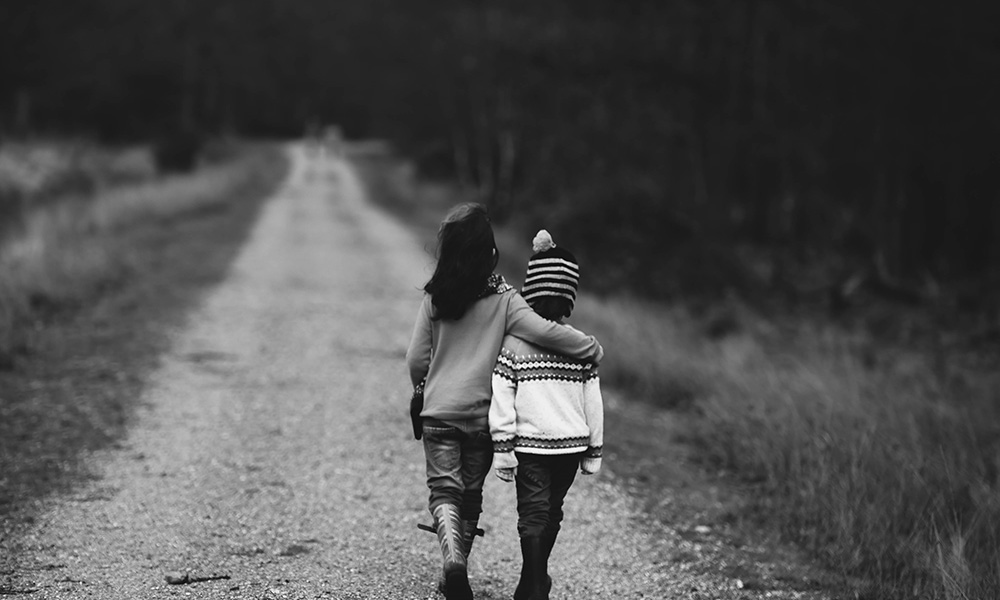 What is it that separates the games that we tell stories about for years after we play in them from the bulk of adventures that are fun but disappear from our memories? How can we guide the opportunities for roleplay and storytelling towards those special moments? There are many answers, more than I will know about, but there is one thing that has set me up for success more often than not; making it as personal as possible.
Bringing in the personal feelings and motivations of the characters into your campaign or convention game rewards everyone. That probably seems like a no brainer, right? The path to get there isn’t always an obvious one.

If I watch the news I see stories about strangers that are in need of help, kindness, or maybe just a chance to succeed. The hosts talk about the world’s villains, its leaders, and about the chess games played by the elite power brokers. Many RPGs focus on these kinds of stories too. You are the world’s last best hope at salvation. Characters, regardless of genre, are the unknowable power that protects the innocent.

Sometimes when I watch the news a story will hit home in a personal way. They are often smaller stories about things like a family being robbed near the holidays, a sick kid in need, 3D printed prosthetics given away free, or a lost pet. They connect to me because of my life experiences, family, or interests.

Those smaller stories are where authentic human connections happen and they can be brought to a gaming table to tell personal stories. It helps create the feeling that our character’s actions matter to the world directly around them. That feels personal to me every time.

You and the players can set the foundation for personal storytelling before the campaign officially begins. A session zero, a planning session for the upcoming game, is an often overlooked tool in a game facilitator’s toolbox to create story hooks that matter to players.

Before the campaign officially starts you all meet up to make and/or plan characters and create relationships between the characters (and the players too if I’m being honest). This is also the perfect place to ask questions about the people and places that the characters care most about. You’ll use the things that they tell you about and tie them into the story when appropriate.

In a session zero for a short noir police procedural campaign that I ran for my regular group one of the players added, “There is a cop bar call Petrofski’s. It’s where we hang out every night.”
They told me that the bartender’s name was Rosie. Rosie and the bar became central to the game and she even started dating one of the officers. It meant that much more when they realized that she was the mobster pulling the strings and discovered the reasons behind everything she had done. I loved that game.

In a one shot it’s a more difficult to bake that into a kind of tailored story because you don’t know who is going to be at your table. There is very limited time to talk about the world and still play a full story, so it requires a different setup.

I give the characters something that they care about it and add it into the brief backstories that I write. It’s just enough to hit on the idea of who the person is. I drop story hooks into my adventure that feed into the things that they care about. It’s always gratifying when a player picks up the little details and runs with them.

Give the story room to grow

Having a well thought out world and a compelling plot is something that I value in the traditional RPG adventures that I facilitate. Having a tight storyline doesn’t preclude having enough space inside the narrative to make their experience a unique one.

I listen to the players during the game and make adjustments based on their choices and where I see their interests heading. I realized a long time ago that my favorite games are the ones where we collaboratively tell an amazing story and we all see a piece of ourselves in it when we’re done.

There is a lot of responsibility on the GM’s shoulders during a game, but that shouldn’t let you hold the reins so tightly that you choke your players’ creativity. Leave space for them to be amazing and you’ll find that sometimes they will rise to and even exceed your expectations.

The refrigerator vs personal motivations

Â No matricide, spouse’s head in a box, or kidnapped betrothed needed!Â

When a character has people in their life that they love and care for, my first reaction isn’t to threaten or kill those loved ones. I use those ties to inspire the characters to greatness and possibly sacrifice.

There is no need to force a player into, “You come home and your entire family has been murder by the King’s guards.”
Instead I would tie the instinct to protect family to the people in danger.

“In the middle of the chaos you see a small child in tears. He is clutching a small dragon doll to his chest. The toy reminds you of Cedric the dragon that you made for your own daughter. One of the King’s guards points at him and says, ‘put that one in the cart!’

As a player and as a character that would be all that was required for me to do everything in my power to make sure that the kid never ends up in that cart. I don’t even know if getting into the King’s cart is a bad thing, but I’m not going to take any chances. Inspire your players to care about the imaginary people that they interact with in the world. Give them a reason to be heroes that transcend their selfish needs.

Ending on a personal note

There are usually plot threads that end up getting dropped during the course of play in both one shots and campaigns. The players decide what is important and edit the story though play. Take note of the things that they keep coming back to and make sure that they pay off in an emotionally satisfying way in the game’s conclusion.

Whenever possible I give players cinematic moments of personal connection. If the characters rescue and take the child with them from the earlier example, they have created a space for an impactful family reunion. Imagine witnessing the moment were a presumed orphan is instantly transformed back into the son of a loving family. For me, that’s powerful. If they chose not to take the child with them then maybe that scene changes into the characters coming across a family working on building a new house far away from the original battle. The sound of joyful laughter is something that they’ve not heard in a long time but it’s coming from a nearby field. In the field is the child playing with his dragon, pretending to battle evil foes, and repeating words that he heard from his heroes; the characters that saved him.

Make their actions matter in a positive way and feel like they matter to the people around them.

Do you have any tricks that you use to create personal moments at the gaming table? What are some of your favorite experiences where it really felt like your actions mattered?