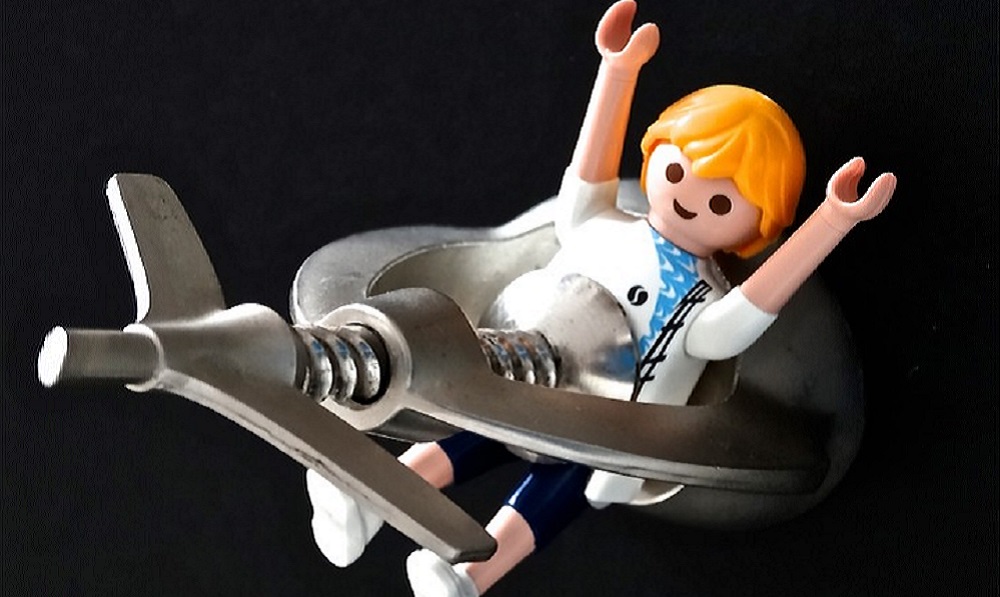 The oubliette, it turns out, really tightens your core. Image Courtesy of Pixabay.com.

I am currently writing this post with my nose, as my arms are hanging uselessly from my sides like two of those sticky hands from grocery store vending machines; please forgive any typos. You see, being in the midst of what looks suspiciously like a full-fledged midlife crisis [1], I recently signed up for a personal trainer. My reasoning was, that while expensive, a personal trainer is still cheaper than a new Mustang and less destructive than an affair. Most of the time I think I made the right decision. Most of the time.

Growing buff enough to turn heads (or to do even a single push-up without my life flashing before my eyes) sounds great on paper, but the grim reality is that in doing this, I have opened myself up to a whole new world of pain. And so, being the kind of nerd I am, while gasping for breath on a sweat-slicked gym mat and trying to find my happy place, I found myself wondering: “what can I do to make this completely unrelated thing all about RPGs in ways that will alienate absolutely everyone at my gym?” And that, dear readers, is where this post came from.

Content warning: this article will contain lavish descriptions of the horrors that sadistic, merciless* human beings are willing to visit upon the bodies of other people, all while believing it is for the victim’s own good. It will also contain descriptions of torture (also jokes whose construction is so old, they might themselves predate the Spanish Inquisition**).

In seriousness, actual torture is terrible, and in some cases, still going on today. While I make a lot of jokes about the ways that medieval folks performed atrocities on each other, many of the things still happening today all over the world are just as traumatizing and terrible, just with different actors and different tools. If you’re able, consider a donation to Amnesty International [2] to help them fight it.

As gamers and GMs, we may occasionally find ourselves trying to put ourselves more fully in the mindset of those experiencing the horrors of torture. It turns out that the Tower of London doesn’t offer hands-on demonstrations anymore, no matter how loudly you shout heresies, and your tour guide gets really uncomfortable when you try.

It turns out that the Tower of London doesn’t offer hands-on demonstrations anymore, no matter how loudly you shout heresies, and your tour guide gets really uncomfortable when you try.
So our best option is also among the most intimidating for many of us: going to the gym. Even on the surface, the similarities between exercise and torture are obvious: they both use elaborately-engineered devices designed to extract suffering from the bodies of their subjects, frequently under the watchful gaze of a theoretically blameless authority. Sure, instead of being without grave sin, authorities in the modern era have never had more than 15% body fat, and Reddit progress pictures have replaced the auto-da-fe [3] as the preferred method of public penance and humiliation, but beyond that and the fact that relatively few people actuallyÂ die at gyms (no matter how much they want to), not a lot has changed.

Should you find yourself wanting to more fully put yourself in the place of a PC being put to what they euphemistically used to call “the Question,” or if you just need to think of something else while you actually do one of these exercises, I offer to you the following three examples of Medieval European tortures and the common exercises they most resemble. Again, some of these descriptions are pretty graphic, so if you’re bothered by reading that kind of thing, stop reading now and click here [4]. You’ll be happier for it. 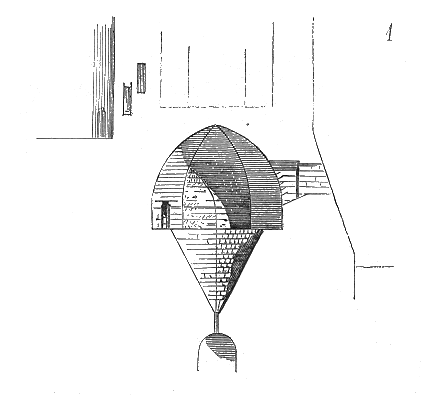 This place would still rent for $2,000 a month plus utilities in some DC neighborhoods.

An oubliette, is by its purest definition [5], just a dungeon cell with an opening only at the top. However, some designs of the oubliette (and most of the famous ones) are cells too small for the victim to sit or lie down in. In some cases, they cannot even fully stand up. In such a painful predicament, a victim experiences no rest and must remain standing (or crouching awkwardly) until they are finally released. There is no rest or comfort in an oubliette, only the snail’s pace march of time until your captor or death releases you. 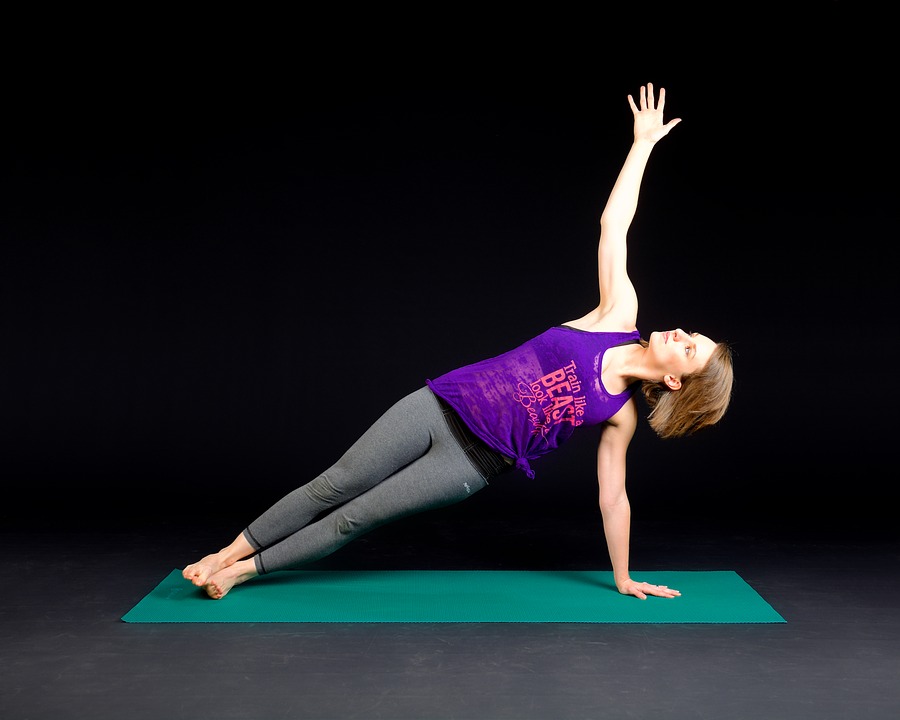 If you really need to work on your core, and you don’t care about how miserable doing so makes you, planks are pretty great. You “rest” on your forearms and tiptoes (or do jazz hands like the showoff in the illustration to the right here) while keeping the rest of your body ramrod-straight. That’s it. You don’t move, so it doesn’t feel like exercise. But you also can’t be comfortable, or anything like comfortable. The first five minutes or so, it’s fine. It’s just a weird position. Then you look at the clock and realize it hasn’t been five minutes. It’s been exactly two-and-a-half seconds. Another hour passes, and you look again. Seven seconds. If you’re lucky, you can make it to a minute or two absolute time. In relative time, you have experienced several small eternities. Theoretically, you could have solved the most intractable problems of human nature in that time. Of course, you haven’t actually solved anything because a) that’s not really how problems get solved, and b) well over 100% of your available brain capacity has been devoted to screaming at you how horrible this experience is. There is no rest or comfort in a plank, only the snail’s pace march of time until your trainer or death releases you.

No, I will not put up an illustration of what any of these options look like. Image courtesy of Pixabay.com

We often hear (or read) power-hungry rulers of some variety requesting that a victim be “broken on the wheel.” What this actually meant, it turns out, depended heavily on the ruler in question [6] and their available equipment. The actual torture could be as simple as just strapping someone to what looked like a wagon wheel and hitting them with all the usual methods. Like moving to a new area and getting your driver’s license renewed, it’s the same painful experience–just different seating. More sadistic torturers would have two wheels, arranged like cogs in a clock, and run a victim through the intersection, or over fire or spikes, or just leave them exposed to the elements. Finally, in some cases, the occupant of the wheel might have their limbs broken, and then braided through the spokes of the wheel like Satan’s own friendship bracelet. What I’m saying is that “the wheel” is kind of like another great British innovation, “puddings [7]” in that they both can mean lots of completely unrelated things that make no sense whatsoever.

Home gym machines are great. They can theoretically do anything (even if what they mostly do is gather dust in a garage until being passed off on Craigslist to the next sucker in the world’s slowest game of Hot Potato). You can do awkward bench presses, or awkward lat pull-downs, or awkward leg presses, or whatever that exercise is called where you try but fail to assemble something with instructions that look like they’ve been run through a version of Google Translate that has somehow gotten very, very drunk. No matter what you choose to do, you will look ridiculous, and since you’re doing it at home, you’re guaranteed to call it the wrong thing. Also, you’ll almost certainly smash body parts and end up in excruciating pain. Just like on the wheel!

Torture 3: The Brazen Bull/Literally Anything In July 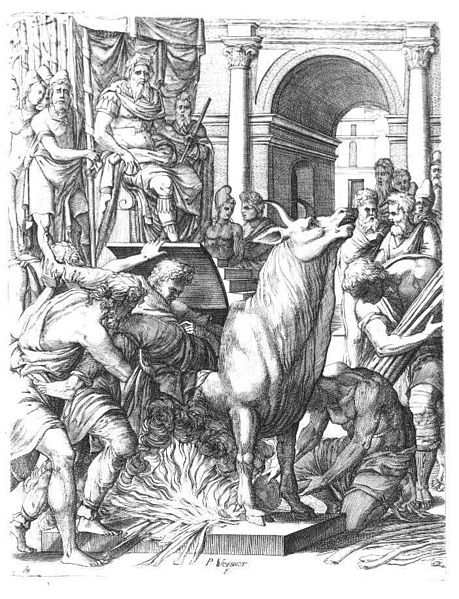 The best part is how over it the bull looks in this.

In ancient Sicily, the tyrant Phalaris (in this case, “tyrant” was an official title, as well as apt descriptor), found himself terribly entertained with a life-sized bull made of brass [8]. The inside of the bull was hollow, with a door on the side that a human could be forced into. Beneath, a fire could be stoked, such that the victim was slowly roasted alive inside. Inside the head of the bull was a complex of pipes that reportedly transformed the agonized screaming of the victim into the snorts and bellows of an enraged bull. In a suspiciously-pat piece of turnaround justice, reportedly both Phalaris and its inventor, Perillos, were eventually placed in the bull in order to suffer through it. Thankfully, as with many spectacularly gruesome exercises in human suffering (like the Viking “blood eagle [9]“), there is some controversy over whether this “Brazen Bull” ever actually existed, or was just a political fable.

The most obvious analog to the Brazen Bull presents itself to anyone who has ever had to get into their car to go to the gym (or anywhere, really), in most of the U.S. in July. Every surface burns like red-hot brass, and even attempting to turn on the air conditioning just feels like you’ve opened a gateway directly into the center of the sun and had it blast into your face.

Every surface burns like red-hot brass, and even attempting to turn on the air conditioning just feels like you’ve opened a gateway directly into the center of the sun and had it blast into your face.
If you have leather seats, enraged/pained bellowing is virtually guaranteed. Of course, that’s not actually associated with exercise or gyms (unless you count trying to somehow position yourself so that you’re hovering several inches in the air as some sort of isometric workout [10]). Realistically though, if you’re doing any kind of workout in a gym in July, you are already intimately familiar with the feeling of being roasted alive, since there is no gym in the world that is capable of maintaining adequate climate control for both normal people doing normal things and the grunting, pained masses of people trying to force their bodies into some kind of shape.

All joking aside, exercise is really good for you [11] (and, again, torture is really bad [12]). Not everyone has the ability or motivation to exercise in the same way, and that’s fine. But subject to your own limitations [13], it’s almost never a bad idea to get a little bit of movement in. The benefits to physical and mental health are clear, and while we all look ridiculous working out, let’s be honest with ourselves–if looking a little silly bothered us all that much, we’d probably have picked a hobby other than consulting tables and screaming at strangers about how well our imaginary elves are doing at fighting imaginary goblins. I personally find that framing real things in imaginary ways helps motivate me to persist through difficult tasks, and I sincerely hope that this gives your imagination just the little push it takes to join me. So with all that in mind, what exercises do you do? Do you find yourself imagining gaming-related stuff while you do so? If so, tell us in the comments.

For real. I’m genuinely curious how big of a weirdo I am with this.

*I am of course mostly kidding. My trainer is amazing and I’m making a ton of progress. Haha. Please don’t make me do any more mountain climbers.

**Completely unrelated: I learned while “researching” this article that the Inquisition technically continued until 1808 [14]. So, uh. Thank you, Napoleon?

Ugh. Exercise. I do it because it’s good for me. Though using the synonyms of torture and exercise together isn’t fair.