The Stew makes money from advertising (which is split among all of the authors, and which we’re currently re-investing in a secret project), and since the economy tanked that revenue has all but dried up. 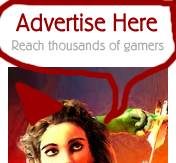 But just since the start of this month, the RPG ad network we’re part of has signed up 12 new advertisers. Advertising revenue is what keeps the lights on in our stew pot, and we know everyone has things they could be doing with their money instead of giving it to us.

There’s no side deal where we have to talk about their products — this article is my way of saying thank you to our advertisers by asking you, our readers, to take a peek at their websites. (And if I missed any new advertisers, my apologies — I get an email from our ad manager about most, but not all, folks who advertise with us.)

We turn away advertising we don’t think you’ll be interested in, like text ads for casinos, and we reject pop-up ads, interstitials, and other stuff that we think will annoy you.

The end result, we hope, is that sharp companies try to reach our sharp readers through our sharp blog. As always, we’d love to hear how that approach is working for our readers in the comments.

Alex Cramer Dominoes: I have to confess that Dominoes is one of my least favorite games ever, but I do know lots of folks who enjoy it — and these are some shmancy dominoes. They’re big and heavy, come in handmade wooden boxes, and have available engraving (for the boxes).

Corunea BATTLES: CB is online card game that looks similar in some ways to Magic. The artwork is gorgeous, and from the screenshots the play space looks interesting. There’s frustratingly little info available about the game without registering (something my 0.0001% free time just can’t support right now!).

GUBS card game: Gubs are weird little creatures that live in toadstools, and GUBS is a cute card game aimed at kids. It’s non-collectible, and the 72-card deck will run you $15.

Indie Press Revolution: I’ve shopped at IPR before (a pleasant experience), and I like their focus: creator-published print RPGs. I particularly like the print + PDF bundles they offer for many products, and their vetting process does a good job of weeding out the chaff. There’s a LOT to see on IPR.

KIKO Games: KIKO actually counts twice, since they’re advertising their first game, Whiskey Mountain Wars, as well. It’s a “RTTBRPSG,” which apparently stands for Real-Time Text-Based Role-Playing Strategy Game (and sounds like a MUD or MUSH to me). The parent company, KIKO Products, makes all sorts of non-gaming stuff, so all in all an interesting mix.

Miniature Market: MM is my favorite place to buy D&D Miniatures — I’ve been shopping there for a couple of years, and I love their prices and service. An article I wrote last year, El Cheapo Miniatures for Fantasy PCs, talks about MM and using inexpensive minis to build up a collection of PCs and NPCs.

Q-Workshop: You might balk at the price of their dice (about three times what most dice cost), but take a close look — they’re doing something no other dice manufacturer has ever done. Their dice are insanely detailed, gorgeous, roll well, and in my opinion are worth every penny. I own several sets, and always make a beeline for their booth at GenCon.

Sonic Legends: These guys create “soundscapes,” a blend of music and background sound effects designed specifically as soundtracks for tabletop gaming. They offer single tracks (often quite long — 8:00 or more) for $3 as MP3 downloads, and provide samples. I’m impressed.

Spearpoint 1943: I’m not really a wargamer, but if I was, I’d be intrigued: Spearpoint 1943 aims to simulate front-line WWII combat in a way that’s accessible to newbies and veteran wargamers alike.

Super Genius Games: SGG is Hyrum Savage, Stan!, and Owen K.C. Stephens, and they publish products for Call of Cthulhu, Savage Worlds, and Pathfinder/OGL. I like the atypical hook for Murder of Crows, one of their CoC scenarios: “Thousands of crows have taken roost in the woods surrounding Bethlehem, NH, mercilessly attacking anyone who tries to enter the forest.”

Twilight Sector: TS is a space opera campaign setting (Trav-compatible) developed from an actual RPG campaign, which is something many of us which we could do but few of us actually follow through on. It features a carbon copy of Earth, Hitchhiker’s Guide-style, which actually sounds pretty cool.

11 Responses to 12 Companies to Check Out: Gnome Stew Advertisers